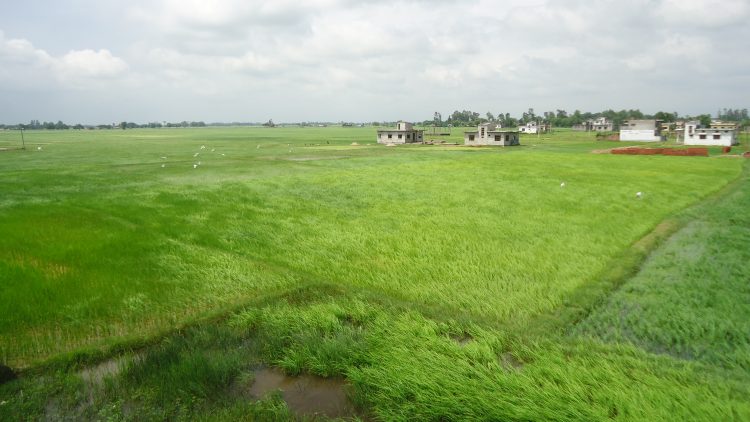 Defense Minister and a leader of the CPN-UML, Bhim Rawal, in an interview with ‘STV Chat‘ aired on Sagarmatha TV on May 13 said that the government had never agreed with the Madhesi parties on forming one or two provinces in the Tarai-Madhes.

When the interviewer reminded Minister Rawal of the repeated claims by the Madhesi leaders that the Girija Prasad Koirala-led government in consensus with the CPN-UML and UCPN (Maoist) had signed an agreement with the Madhesi parties to form two provinces along the Tarai-Madhes, Rawal said:

“So far as the creation of two provinces [along the Tarai-Madhes] in the Mechi-Mahakali stretch is concerned, can they produce any [such agreement] signed in the past? The said agreement just states that there will be a Madhes province.”

The agreement(s) hinted at by both the interviewer and defense minister was first signed between the Girija Prasad Koirala-led government and the Madhesi People’s Right Forum, Nepal during the first Madhes Uprising on August 30, 2007, and a similar agreement was signed between the Koirala-led government and three Madhesi parties – Madhesi People’s Right Forum, Nepal, Tarai-Madhes Democratic Party and Sadbhavana Party – on February 28, 2008 during the second Madhes movement.

South Asia Check studied the official copies of both the agreements.

In the first agreement, it is mentioned that federalism will be introduced in Nepal (point number 9). The agreement has nowhere mentioned about the formation of a Madhes province.

In the second agreement reached with the three Madhesi parties, it is mentioned that “by accepting the Madhesi people’s call for an autonomous Madhes…Nepal shall become a federal democratic republic” (point number 2).

In this agreement, it is agreed that a Madhes province will be formed. However, it also has not mentioned how many states will be formed in the Tarai-Madhes.