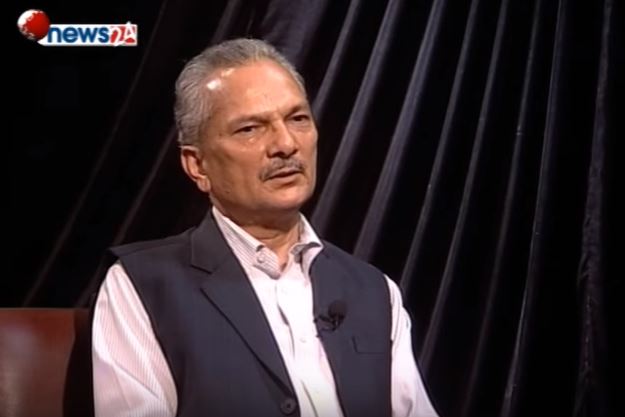 South Asia Check examined whether or not his statements are true.

According to “The Travel and Tourism Competitiveness Report 2015” Nepal is ranked 25th in natural resources. The report was prepared by the World Economic Forum in May, 2015.

The report doesn’t calculate natural resources per capita but includes “a number of attractiveness measures, including the number of UNESCO natural World Heritage sites, a measure of the quality of the natural environment which proxies the beauty of its landscape, the richness of the fauna in the country as measured by the total known species of animals, and the percentage of nationally protected areas, which proxies the extent of national parks and nature reserves.”

So while the measurement of natural resources per capita wasn’t available, according to this study Nepal doesn’t fall in the top ten countries richest in natural resource.

According to Nepal’s 2011 Census, people in the 15-40 years age group make up 40.3 percent of the total population.  Therefore Bhattarai’s statement regarding population is correct.

According to the Economic Survey (2015- 2016) prepared by the Ministry of Finance, “it is estimated that more than 512,000 people enter Nepal’s labor market each year”. Similarly, the annual report of the Department of Foreign Employment states that by the fiscal year 2013- 2014, labor permits were issued to 527, 814 people seeking employment abroad. The department’s documents show that the number labor permits issued by the department had crossed the 350,000 mark since the fiscal year 2011- 2012 and has since been on a steady rise.

According to Nepal Police publication Mirror 2014, after the political change in 1951, Nepal Armed Police Constabulary was established by incorporating Nepali Congress’ Mukti Sena into government service. Therefore Bhattarai’s claim is true but it wasn’t Raksha Dal but Mukti Sena, which was incorporated into Nepal Police.

Before the UCPN (Maoist) began the armed conflict, Nepal’s other political parties had also raised arms in the past against the Panchayat regime. For instance, Nepali Congress had resorted to armed insurgency even after 1951. According to the party’s website, Congress started a full-scale armed revolt in December, 1961, and nearly after a year on 8 November, 1962, Congress called off the revolt and adopted peaceful means of struggle. Later, in 1969, BP Koirala called for yet another armed insurgency if the peaceful struggle failed to restore democracy. And thus on 24 August, 1972 the insurgency began under BP’s leadership.

Bomb explosions in Biratnagar and Janakpur, Timburbote episode, the plane hijack were all related to the same armed revolt helmed by Nepali Congress at that time. Several individuals including Durgananda Jha, Yagya Bahadur Thapa and Bhim Narayan Shrestha were killed through court orders and in police/military encounters.

Charges relating to the Jhapa revolt and plane hijack were dropped by the interim government of 1990. Therefore Bhattarai’s claim is correct.