How correct is Bhekh Bahadur Thapa on 1950 treaty review proposal? 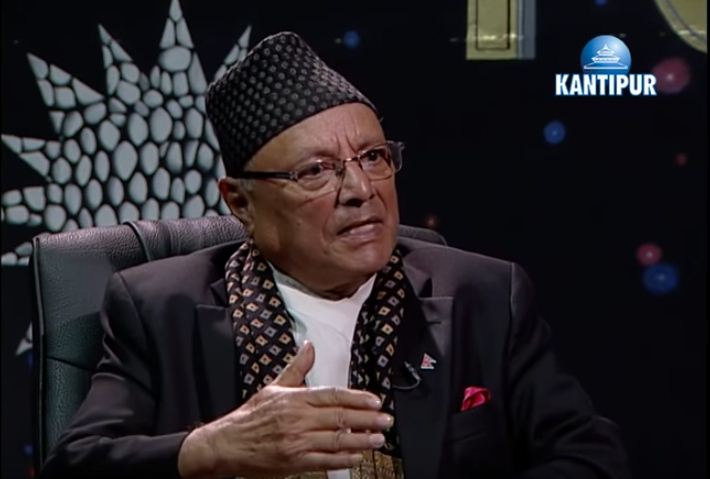 In an interview aired by Kantipur TV on November 2, Bhekh Bahadur Thapa, Nepal coordinator of the Eminent Persons Group jointly formed by Nepal and India, said the following about the 1950 Nepal-India Peace and Friendship Treaty:

“This issue [of reviewing of the 1950 treaty] was made a bilateral agenda item during the tenure of Man Mohan Adhikari…He proposed India in a formal manner [to review this treaty]…After that, especially during the last two/two and half years, Baburam Bhattarai, Sushil Koirala and KP Oli, these three prime ministers, continued the initiative [made during the time of Prime Minister Man Mohan Adhikari in 1995] and made this issue a joint agenda item by inserting it in the joint communiqués.”

South Asia Check has examined whether this statement is fact-based nor not.

For this, we checked whether Dr Baburam Bhattarai, Sushil Koirala and KP Oli as prime ministers had managed to insert the 1950 treaty review proposal, which was proposed to India in 1995 by Prime Minister Man Mohan Adhikari, in the joint communiqués with the Indian prime ministers.

During the India visit by Dr Bhattarai in 2011, the joint communiqué issued by the prime ministers of the two countries has stated that both of them “agreed to review, adjust and update the 1950 Treaty of Peace and Friendship”.

Prime Minister KP Oli visited India in February 2016. But no joint communiqué was issued during the visits. Therefore, Thapa is wrong in saying that KP Oli also managed to insert the phrase in the joint communiqué.

However, during the tenure of Oli, Nepal and India established Eminent Persons Group “to comprehensively review bilateral relations and recommend measures including institutional frameworks to further enhance bilateral ties.” This group has the authority to review the 1950 Treaty of Peace and Friendship.

Pushpa Kamal Dahal and Madhav Kumar Nepal, who served as prime ministers before Dr Bhattarai, had also managed to insert the phrase on 1950 treaty review in the joint communiqués with the Indian prime ministers.

Pushpa Kamal Dahal, who for the second time assumed the post of prime minister in August, visited India in September. The joint communiqué issued by the prime ministers of the two countries states that “it is hoped that the Eminent Persons Group would work intensively and look into the totality of India-Nepal relations”. Here, 1950 Treaty of Peace and Friendship also falls under the “totality of India-Nepal relations”.