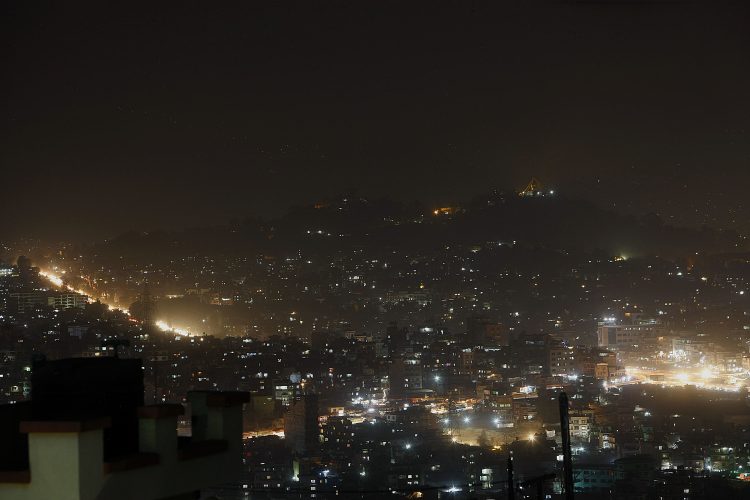 Nepali Congress leader and former finance minister Ram Sharan Mahat made the following claim on the talk show ‘Tough Talk’ aired on Kantipur TV on May 24, 2017:

Just look at the budget report that I [as finance minister] had presented three years ago. It said the load-shedding would completely end within the next three years, because the cross-border transmission lines connecting Nepal and India would be completed by then. Then we will be able to import electricity. Also the report mentioned that certain amount of electricity would be generated by the new hydropower projects. So everything has happened as per the budget report.

Mahat’s claim that the country has become “load-shedding free” as per his plan formulated three years ago is wrong. The Economic Survey, 2016/17 made public by the Ministry of Finance recently states that there is still a shortage of 482.9 MW of electricity to meet the national power demand. Load- shedding has not ended completely; it has only eased, according to the Economic Survey.

South Asia Check has examined whether Mahat’s following two plans were responsible for the reduction in load-shedding or not:

First Plan: Load-shedding will be reduced by importing electricity from India through cross-border transmission lines.

Second Plan: Load-shedding will be reduced by increasing power generation within the country.

The budget for the Fiscal Year 2014/15 unveiled by Mahat as finance minister mentioned that the government was committed to ending load-shedding in the country within the next three years with the campaign “Energy: Illuminated Nepal, Prosperous Nepal”. We have studied whether the load-shedding eased due to the aforementioned two plans mentioned in Mahat’s budget speech or not.

First Plan: Load-shedding will be reduced by importing electricity from India through cross-border transmission lines.

Mahat’s plan: The under-construction cross-border transmission lines including the Dhalkebar-Muzaffarpur transmission line will be completed, and they will be used for importing electricity in order to end load-shedding especially during the dry season,. (Point number 57 of budget speech)

Current situation: The Economic Survey, 2016/17 has also credited the electricity imported from India through the cross-border transmission line for the reduction in load-shedding. (pg 189).

Therefore, Mahat’s this claim is correct.

Second plan: Load-shedding will be reduced by increasing power generation within the country.

Current situation: According to the Economic Survey 2016/17, Upper Tamakoshi, Kulekhani III, Chameliya and Upper Trishuli are still under construction and they have not started power generation (pg 190).

Therefore, this claim by Mahat is wrong.

Current situation: According to the Economic Survey 2016/17, just 429.7 MW of electricity generated by private sector hydropower projects has been connected to the national grid by mid-March this year.

So, Mahat’s this plan also has no major role in the reduction of load-shedding.

Mahat’s plan: With the objective of minimizing load-shedding in the Kathmandu Valley, a solar plant of 25 MW capacity will be installed within the coming fiscal year. (Point No. 59)

Current situation: According to the Economic Survey, 2016/17, only 100 kilowatts of solar power has been connected to the national grid by mid-March this year. (Page No. 189)

Therefore, this plan also has not contributed to easing the load-shedding.

Most of the work mentioned in Mahat’s load-shedding reduction plan has yet to be completed, therefore he can be credited only partially for the reduction in load-shedding.