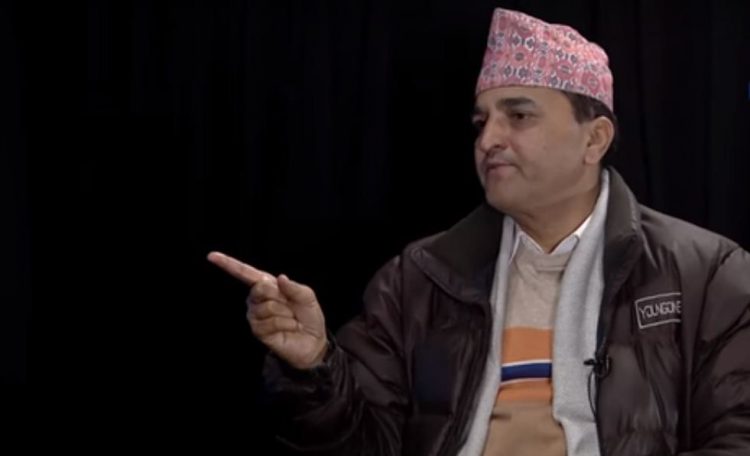 While commenting on a report titled “High-level task force report on national policy for medical education, 2015” prepared by a team led by former vice-chancellor of the Tribhuvan University (TU) Prof Kedar Bhakta Mathema, Yogesh Bhattarai, a standing committee member of the ruling Nepal Communist Party (NCP) and a parliamentarian said the following in the “STV Chat” program aired on Sagarmatha TV on July 21:

“In his report, Kedar Bhakta Mathema has mentioned that the government formed after 1990 adopted the policy of privatization and liberalization in an uncontrolled and chaotic manner, due to which investments were made also in the education and health sectors. He is of the opinion that this has not produced positive results. He has himself admitted that the Nepali Congress and he himself had allowed the chaos to ensue. At that time, he was vice-chancellor of the Tribhuvan University.”

Here, Bhattarai has accused Prof Mathema, whose team had prepared a report with the objective to end anomalies in the medical education sector, of contributing to the chaos by granting permissions haphazardly to private sector medical colleges when he was vice-chancellor.

South Asia Check has examined whether Bhattarai’s charges against Prof Mathema are fact-based or not.

Prof Mathema was the vice-chancellor of TU from August 1991 to January 1995. But till then, TU had not awarded affiliation to any private-sector medical college. It was only in 1998 that the university, for the first time, granted affiliation to Bhairawaha-based Universal College of Medical Sciences. (Dr. Sita Ram Adhikari, Chikitsa Shikshama Phadko, 2070 BS, p. 65)

When the Tribhuvan University under Prof Mathema refused to grant permission to the private sector to run medical colleges, the government used the newly-established Kathmandu University (KU) to serve the purpose.

Professor and founding registrar of KU Dr Sita Ram Adhikari wrote the following on the issue, “… [thereafter] the government started exerting pressure on Kathmandu University to grant affiliations. At around same time, the government amended a point concerning affiliations in an agreement it had reached with medical colleges, and replaced a phrase that read “colleges should obtain affiliation from the Trihbhuvan University” with “[colleges] can obtain affiliation from any university of Nepal.” Although the amendment said “any university in Nepal” it was aimed at none other than the Kathmandu University.” (Dr Sita Ram Adhikari, Chikitsa Shikshya ma Phadko, 2070 BS, p. 27)