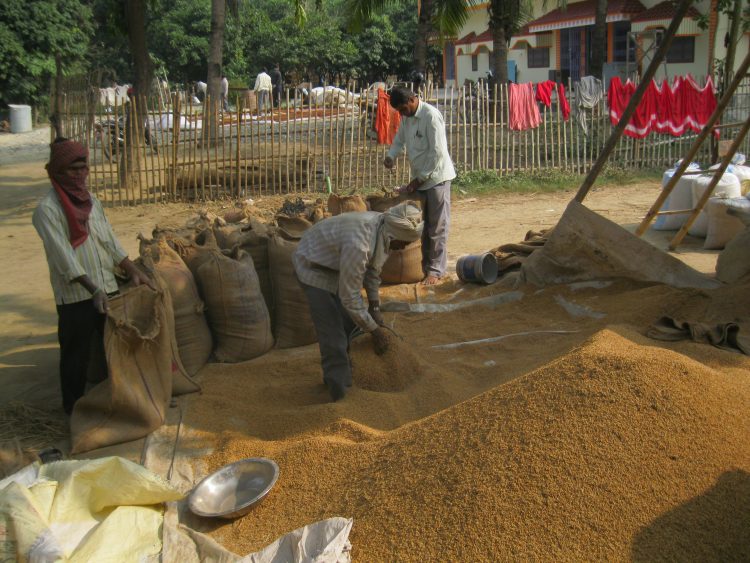 Speaking on a live phone-in program titled “Seedha Kura Pradhanmantrisanga (Direct conversation with the Prime Minister” aired on Nepal Television, Prime Minister KP Oli said that Nepal will be made self-reliant in food grain production within the next two years.

“I am working with a plan to make Nepal self-reliant in food within the next two years,” he said.

South Asia Check has examined whether it is possible.

According to Nepal’s national food balance sheet, food grains including paddy, wheat, maize, millet, oat and buckwheat among others cover the largest portion (40 percent) of the food consumed in Nepal.

South Asia Check when attempted to calculate the food quantity needed to make Nepal self-reliant, was unable to find the relevant statistics.

When the available statistics were studied, it was found that Nepal is almost self-sufficient in food grains that cover about 50 percent of the total food consumed in Nepal. 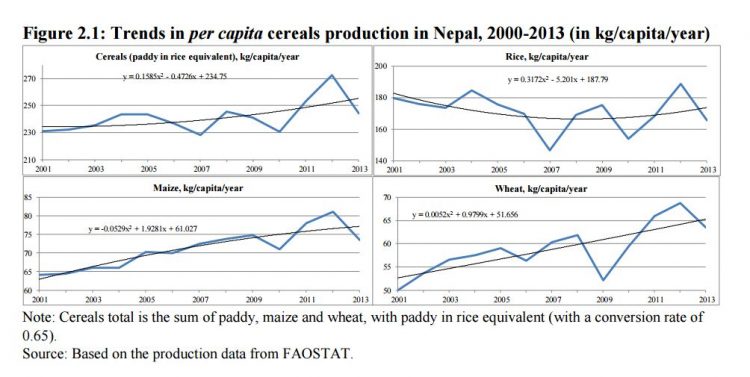 “Food and Nutrition Security in Nepal: a Status Report” prepared jointly by the Ministry of Agricultural Development (MOAD), Central Bureau of Statistics (CBS) and the Food and Agriculture Organization (FAO) has mentioned that “despite the decade-long insurgency, political instabilities and large-scale outmigration of youths from rural areas, cereal production does not seem to have suffered as much as many in Nepal perceived or speculated.”