Opinion article has errors in figures

Columnist Achyut Wagle in his opinion piece titled “Higher education in crisis” published in The Kathmandu Post, an English national daily, on March 19, 2019 has based his opinion on incorrect information. In the article he has mentioned the following statistics:

South Asia Check has examined the reliability of the figures mentioned in the article.

According to a report ‘Labor Migration for Employment – A status Report for Nepal’, 2013/2014 published by the Department of Foreign Employment, a total of 3,605 Nepalis left the country for foreign employment in fiscal year 1993/94, not in the year 1996 as mentioned by author. An earlier report published by South Asia Check based on the study of various published reports of the Department of Foreign Employment showed the number of Nepali migrated for work was 2,134 in the year 1996. 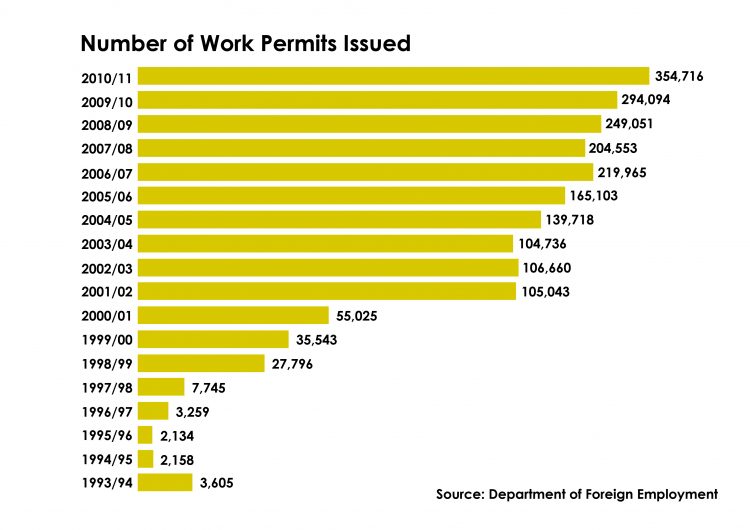 Majority of students receive ‘No Objection Letter’ (NOC) from the Ministry of Education before going abroad.

According to the ‘Education in Figures 2017, At a Glance’ Published by the Ministry of Education, Science and Technology, between January 14, 2017 and March 14, 2018, a total of 67,226 no objection certificates were issued.

Therefore, the figure mentioned in Wagle’s article is not reliable.

Therefore, the number of universities mentioned in the article is also wrong.