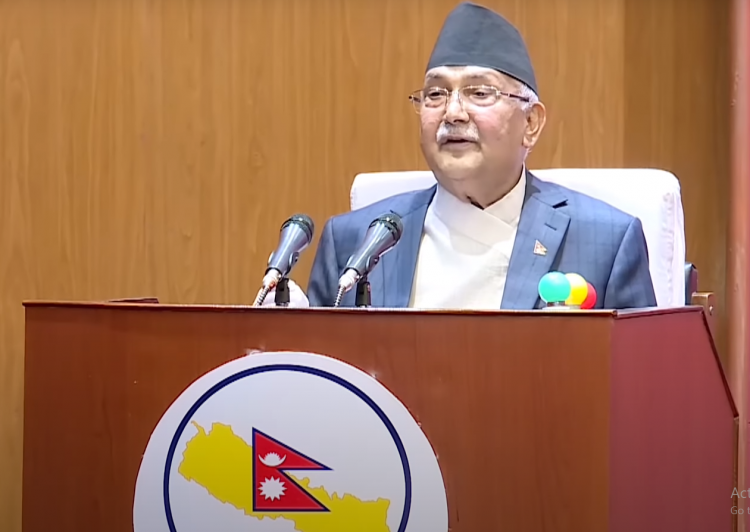 In the course of answering queries from lawmakers on the Appropriations Bill-2020 in the National Assembly on June 28, Prime Minister KP Oli spoke on a raft of contemporary issues including the COVID-19 pandemic, Millennium Challenge Corporation (MCC) grant and national security. While speaking about the government’s efforts against COVID-19, the prime minister made several unverified claims. The prime minister drew widespread criticism from the public when he told the House of Representatives on June 12 that turmeric can help prevent COVID-19.  But he repeated similar claims also on June 18. The prime minister’s claims about the benefits of turmeric were widely discussed on the social media and it was also reported by the mainstream media.

“Depression has various symptoms and one of them is that suicidal thoughts occupy the mind. Some people kill themselves. But a normal person cannot commit suicide.If a person is normal or they have not gone into depression, life is dear to them.”

Prime Minister Oli made the remark as the COVID-19 pandemic has caused a lot of anxiety and fear in people. The World Health Organization (WHO) in a 2012 report entitled ‘Depression: A Global Public Health Concern’ has stated several symptoms of depression and mentioned that at its worst, depression can lead to suicide. Similarly, a report titled “Depression” published by the Anxiety and Depression Association of America states that one of its many symptoms is thoughts of death or suicide and suicide attempt.

Based on these reports, the first part of the Prime Minister’s claim is true.

A report titled “Preventing Suicide: A Global Imperative” published by the WHO states that no single reason could explain why people die of suicide. The report states, “No single factor is sufficient to explain why a person died by suicide: suicidal behavior is a complex phenomenon that is influenced by several interacting factors − personal, social, psychological, cultural, biological and environmental.” Similarly, the report ‘Understanding Suicide’ published by the Center for Disease Control and Prevention (CDC) rules out any single cause of suicide. Previous suicide attempt(s), history of depression or other mental illness, alcohol or drug abuse, family history of suicide or violence, physical illness and feeling alone are risk factors of suicide, according to the CDC report. Since various factors contribute to suicide or suicide attempt, the claim by Oli that a normal person cannot commit suicide and only a depressed person does is contestable.

The benefits of turmeric, which is an integral part of Nepali cooking, have been widely discussed in countries such as Nepal and India. For centuries, the herb from the ginger family has been used as a home remedy for various ailments. But it’s medicinal properties and health benefits haven’t been scientifically proven yet. Scientists agree that more research is needed to ascertain the advantages and disadvantages of turmeric. An article published last year in The New York Times claims that turmeric is effective in preventing high cholesterol, hay fever, depression, gingivitis, premenstrual syndrome and even hangovers. Similarly, in a blog article published in Himalkhabar, nutritionist Aruna Upreti has claimed that turmeric helps fight diseases, reduce the problems associated with aging, activates the brain and heart muscles and its use can also prevent the problem of weak bones.

That turmeric is effective in the treatment of jaundice is mentioned in Chapter 12 of the 2007 book called “Turmeric: The Genus Curcuma“.  Written by R Remadevi, E Surendran and Takiatsu Kimura, the article, entitled ‘Turmeric Traditional Medicine’, cites Puranic [Hindu legends] sources and states that jaundice can be eradicated through its use.

Dr Sudhamshu KC, a Kathmandu-based liver disease specialist, commenting on the prime minister’s statement tweeted: “Mr Prime Minister, you should not give such a wrong information to the people. Where is it written that jaundice patients should not take turmeric?” Based on the aforementioned evidences, we can say that the prime minister’s claim that jaundice patients should avoid turmeric is false.

In 2019, the United States’ National Library of Medicine published a research article based on a study of a 66-year-old physician who used six turmeric extract capsules (538 mg) daily. The study found that during this time, the man’s hemoglobin never rose above 12 g/dl [gram per deciliter] and his iron and ferritin levels were consistent with iron deficiency. As this is only a small and subjective research, the authors of the same article have urged more research on the efficacy of the doses. According to another research published in the same journal, mice were given a substance called curcumin (found in turmeric) for 6 months. The study showed decreased tissue iron concentrations by over 50%, inducing iron deficiency anemia. In her article, Dr Aruna Upreti has said, “Some scientists suggest less consumption of curcumin in diet when patient is taking blood thinning medicines like aspirin and warfarin”.

Although some cases and research have shown that turmeric causes anemia and iron deficiency, researchers say that these studies may not be scientifically accurate and reliable, and that more research is needed. 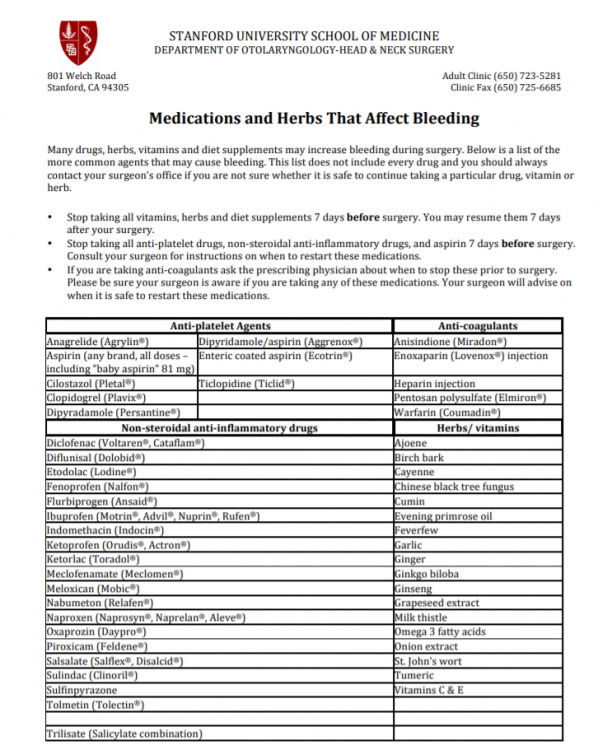 Oli’s claim that pregnant women should not take turmeric is also partially correct. An article titled “Herbs and Pregnancy” published by the American Pregnancy Association states that overuse of herbs such as ginger, garlic, and turmeric could be contraindicated [should not be used] in pregnancy when used in large or concentrated doses, but are considered safe when used in amounts found in food.

“Of the 20 people who have died so far, we attributed their death to COVID-19 because the guidelines of the World Health Organization [WHO] state that whatever may be the cause of a person’s death, if the person has coronavirus infection, the death should be attributed to COVID-19.”

The international guidelines issued by the WHO on April 16, 2020 for the verification of deaths due to COVID-19 do not specify that every death of persons infected with COVID-19 should be confirmed as death due to COVID-19. It says, “A death due to COVID-19 is defined for surveillance purposes as a death resulting from a clinically compatible illness, in a probable or confirmed COVID-19 case, unless there is a clear alternative cause of death that cannot be related to COVID disease (e.g. trauma).” 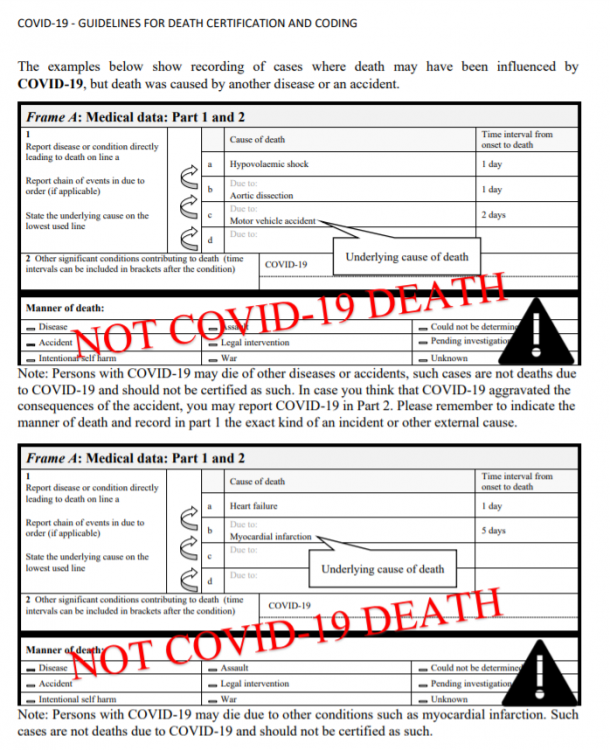 Similarly, all the diseases and the chronic diseases of the deceased should be mentioned sequentially in the certificate at the time of death, according to the WHO guidelines. WHO guidelines state that a person infected with COVID-19 can die from other diseases or accidents. So death from such causes cannot be said to be caused by COVID-19 and cannot be certified as COVID-19 death. It has provided two examples of such causes of death: from road accident and myocardial infarction (heart attack).

Therefore, Prime Minister Oli’s claim that whatever may be the cause of a person’s death, if the person has coronavirus infection, the death should be attributed to COVID-19 according to the WHO guidelines, is false.