Labor permit will be beneficial for India-bound Nepali workers 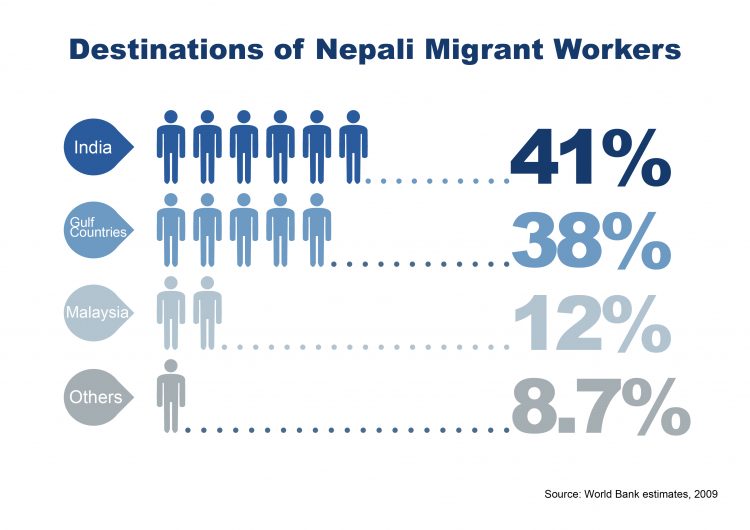 Nepal government has for the first time formally acknowledged India as a labor destination for Nepali workers. On January 23, Prime Minister Pushpa Kamal Dahal announced that the government is planning to make it mandatory for Nepali workers heading for India to acquire labor permits.

The government does not have records of Nepalis working in India. Until now, the government has been providing labor permits only to those going to countries other than India.

Why was ‘labor permit’ not required?

If the government is able to implement the plan, two things will be clear – the number of Nepali migrant workers in India and their contribution in the Nepali economy. Similarly, Nepali workers will get several benefits including insurance coverage while at the same time, the government will earn revenue from the permits.

According to clauses 19 and 20 of the Foreign Employment Act, 2007 a Nepali national must obtain labor permit before heading for foreign employment. A permit is a must whether he/she is heading for foreign employment on his own or through a recruitment agency, according to the Act. But this provision has been applied only to the workers going to countries other than India. The government had been maintaining that it was difficult to issue work permits to India-bound workers and maintain their records due to the open Nepal-India border. Similarly, India is also not in the government’s list of 108 countries officially recognized as possible employment destinations for Nepali workers. 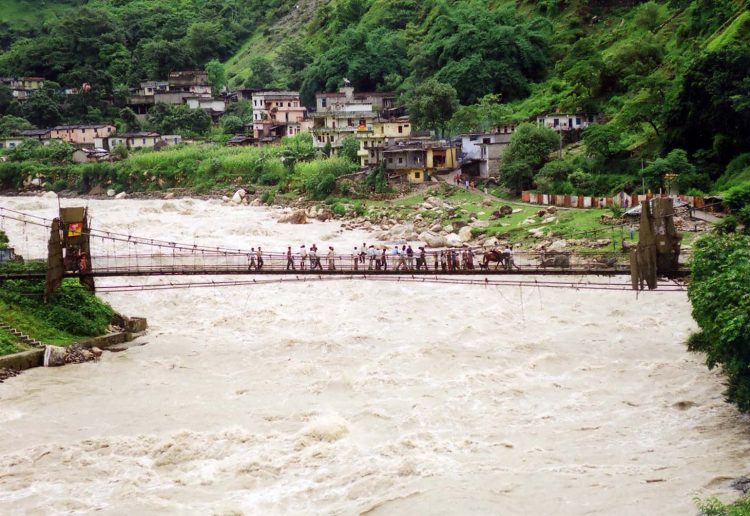 Number of Nepali workers in India

There is no data on the number of Nepali workers in India. According to the Department of Foreign Employment, between the years 2063 BS and 2070 BS, only four Nepalis who went to India on their own informed the department about their movement. However no Nepali worker heading for India through recruitment agencies informed the government during this period.

Who will benefit from ‘labor permit’?

There are many incidents of Nepali workers in India being robbed, swindled, exploited, raped and even murdered. In case of difficulties, those without labor permits do not have strong legal ground to seek help from the Nepali or Indian authorities. If one has a labor permit, then it is easier to seek legal help in such situations.

Most of the Nepali workers who return from India carry their earnings in person. According to the Living Standard Survey 2010/2011, 54.4 percent of remittances from India were brought by Nepal workers along with them. Only 8.5 percent of the remittances from India are sent through the banking channel. There are frequent reports of Nepali workers being mugged by robbers on Nepal-India border. The workers would not lose their earnings if they used the banking channel to send the money home.

A 2007 study by the Nepal Rastra Bank has identified the lack of proper identification documents as one of the reasons why Nepali workers in India do not use banking channels to send home their earnings. Nepali workers will not be without identity documents if they have labor permit.

It is believed that around 15,000 Nepali women, girls and children are smuggled to India every year with false promises of good jobs (For details, see “Trafficking and Forced Labour in Nepal: A Review of the Literature” published by Centre for the Study of Labour and Mobility). The trafficked women and girls are forced to work in Indian brothels and children in Indian circuses and coal mines. Recent trends show even adult males are trafficked to India and their body parts are harvested for transplant. Although there are Human Trafficking and Transportation (Control) Act, 2007 in Nepal and Immoral Trafficking Prevention Act, 1996 in India are in place, they have proved ineffective. It is believed that human trafficking can be prevented to a larger extent, if labor permit is made mandatory for India-bound Nepali workers.

Can this be implemented?

The government has attempted to encourage India-bound Nepali workers to acquire labor permit by promising them insurance coverage and welfare fund benefits. The Ministry of Education has been providing ‘no objection letters’ to Nepali students going to India for higher studies, and this shows introducing labor permits provision for India-bound workers is not impossible. But due to the open Nepal-India border, its effective implementation will be challenging.

Sanjay Sharma and Deepak Thapa, Taken for Granted: Nepali Migrant to India, Centre for the Study of Labour and Mobility

Labour Migration for Employment, A Status Report for Nepal: 2014/2015, Government of Nepal

Bandita Sijapati, Amrita Limbu and Manisha Khadka, Trafficking and Forced Labour in Nepal: A Review of the Literature, Centre for the Study of Labour and Mobility