A lookback at CJ Karki’s legacy 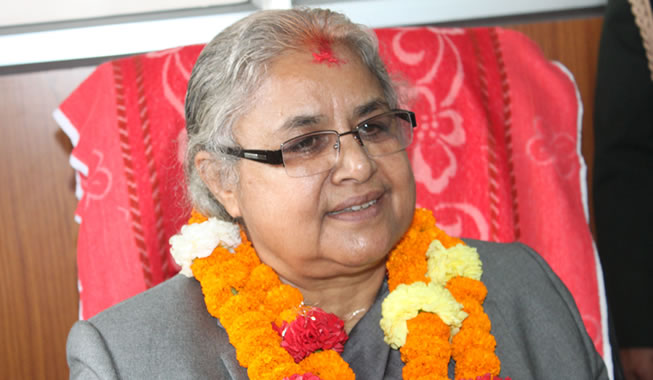 Sushila Karki started her journey as a justice of the Supreme Court on January 22, 2009 as an ad-hoc Justice and went on to become the first woman chief justice of the Supreme Court (SC) of Nepal on July 11, 2016. The advocate turned justice was initially in the news for ending the male domination in the top leadership of Nepali judiciary. However, as the chief justice (CJ), she continued to hug the media limelight for her landmark judgments some of which also courted controversy. As she retired Tuesday [June 6] after 11 months as chief justice, we look back at the landmark judgments made by her which have since become important precedence for future.

Birth Certificate Vs DNA Report: Which is the valid proof to establish blood relation?

In a case filed by Nita Gurung, an SC bench of then Justice Sushila Karki and Balaram Shrestha had taken the birth certificate issued by the hospital as a proof of relation instead of a DNA report. This set an unconventional precedent in the Nepali judiciary. Based on this judgment, the Supreme Court in a separate case decided that DNA report alone cannot be a proof to establish blood relation.

This judgment was widely criticized for not considering DNA report which is widely accepted scientific evidence for establishing blood relation.

CJ Sushila Karki with Justices Bishwambhar Shrestha and Sapana Pradhan-Malla admitted the review petition to reopen the case about the appointment of Lokman Singh Karki as the head of the CIAA which had been scrapped earlier by the SC.

Later a full bench of justices Ishwar Raj Khatiwada, Ananda Mohan Bhattarai and Anil Kumar on January 8, 2017, disqualified Karki as CIAA chief for lack of moral standing as required by the law. This judgment will go on to become an important precedent for future appointments in offices which require individual of high moral standing.

Full bench of CJ Sushila Karki, Justices Deepak Kumar Karki and Sapana Pradhan-Malla on January 5, 2017, scrapped its earlier order of then CJ Ram Kumar Prasad Shah and Justice Cholendra SJB Rana issued in 2015 and ordered that the land claimed by former princess Prerana Rajya Laxmi Singh as the one received from her father ex-king Gyanendra Shah as gift be transferred to Nepal Trust, the body formed to manage the nationalized property of the royal family.

Scrapping of cabinet decision to appoint Inspector General of Police

The last one in the list of her landmark judgments was made on March 21, 2017, wherein the full bench, comprising of CJ Sushila Karki and Justices Hari Krishna Karki, Ishwar Prasad Khatiwada, Ananda Mohan Bhattarai and Anil Kumar Sinha revoked the cabinet’s decision to appoint DIG Jaya Bahadur Chand as the chief of Nepal Police, dubbing it arbitrary, flawed, unjust and a bizarre example of pick and choose. This decision which was claimed by the ruling coalition as an encroachment of powers of the executive by judiciary resulted in filing of an impeachment motion against her by 249 MPs of the ruling Nepali Congress and CPN (Maoist Centre) which was later stayed by the SC. The parliament on June 6 officially withdrew the impeachment motion after pressure from the main opposition CPN-UML.

A constitutional bench of the SC consisting of the then CJ Kalyan Shrestha, justices Sushila Karki, Baidyanath Upadhyaya, Gopal Parajuli and Om Prakash Mishra in January 2016 had ruled that Maoist Center leader Balkrishna Dhungel, who was sentenced to life imprisonment for the 1998 murder of Ujjan Kumar Shrestha by the Okhaldhunga District Court, cannot be pardoned. The court order came in response to a writ petition filed by Ujjan’s sister Sabitri Shrestha after the then government led by Baburam Bhattarai in November 2011 recommended the president to give presidential clemency to Dhungel.