Prime minister’s wealth: Then and now 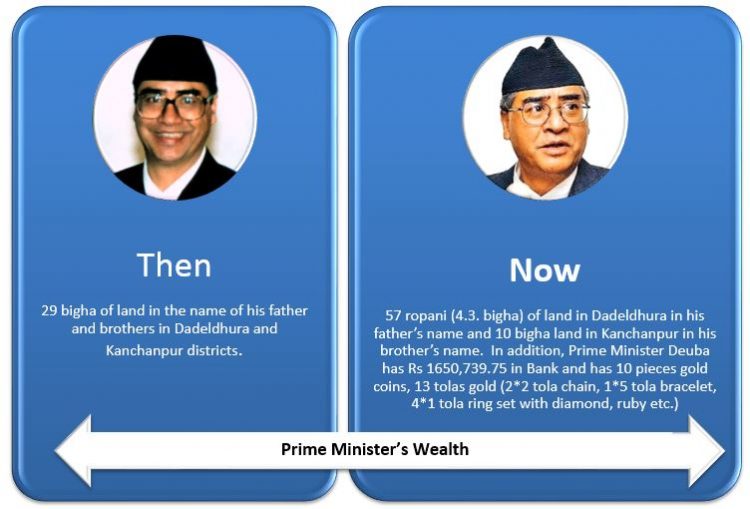 According to the details of 1991, it is seen that there was 29 bigha of land in the name of his father and brothers in Dadeldhura and Kanchanpur districts. As per the current details (2017), there is 57 ropani (4.3. bigha) of land in Dadeldhura in his father’s name and 10 bigha land in Kanchanpur in his brother’s name.  In addition, Prime Minister Deuba has Rs 1,650,739.75 in bank account and has 10 gold coins and 13 tola gold (two 2-tola chains; one 5-tola bracelet; and four 1-tola ring set with diamond, ruby etc.)

In the interval of 26 years, Prime Minister Deuba’s land decreased from 29 bigha to approximately 14.3 bigha however his property in the form of bank balance and ornaments has increased.