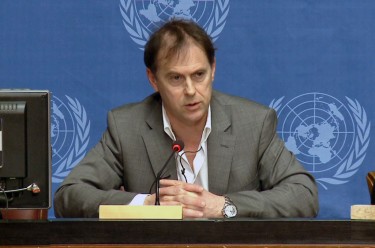 In a press briefing on Maldives, Nepal and Iraq by spokesperson of the Office of the UN High Commissioner for Human Rights (OHCHR) Rupert Colville on 25 August 2015, it has been stated that “seven members of the security forces and three protestors were reportedly killed in the Tikapur clash”.

Southasiacheck.org on August 26 has confirmed that the father of the said two-year-old is alive.

Netra Saud, a head constable with the Armed Police Force (APF) and the father of the deceased baby Tekendra Saud, was also interviewed by a Kailali-based journalist Bachhu BK for the online edition of Himal Khabarpatrika on 26 August, 2015.

Hence the OHCHR statement is incorrect.

(Updated: Names of two deceased personnel of the Armed Police Force and date of the Himalkhabar report revised)