South Asia Check is an independent, non-partisan, non-profit initiative by Panos South Asia which aims to promote accuracy and accountability in public debate. We examine statements and claims made by public figures in Nepal and occasionally across South Asia and publish our findings on this site. This is not a finger-pointing exercise, but an attempt to promote transparency, truth and accountability in politics and media in the region.

Panos South Asia is a non-profit media development organization active in South Asia and beyond since 1997.

The fact-checking team is editorially independent.

Fact-checking of statements and claims

We consider statements and/or claims from politicians, government figures (ministers, bureaucrats and diplomats), multilateral agencies and organizations that come out with research or statistics on issues of public importance. Our aim is to first determine the authenticity of such statements through the primary source and then examine the veracity of statements/claims.

People holding public offices and government positions make various promises through policy statements and public speeches. And some of these promises are not kept. Under this section, we keep track of the progress of such promises. We will do this without fear or favor.

This section deals with stories in public interest. We do not depend on any public statement/claim per se, but these stories are based on information in public domain, be it news, some findings, reports, or published statistics. Besides, we also do stories on a contemporary issue that assumes national significance.

Media ought to play the role of a watchdog and we embrace this idea. Media in South Asia have been doing that, to a large extent. We aim to help media bolster its role as a trusted watchdog. After all, media are our ally. Initially, under this specific exercise, we will keep track of number of anonymous sources that appear in major English and Nepali language broadsheet dailies and weeklies. The work area will expand as the need arises.

Panos South Asia (PSA) believes in the need to strengthen accountability in politics and journalism in Nepal and across South Asia as an effective way to consolidate democracy.

It is important that public figures be held accountable for what they say and claim. Media, which has such an important role in holding the public figures to account, also displays bias. In some extreme cases, media has misrepresented facts.

Fact-checkers have to be absolutely impartial and non-partisan. So our fact-checkers cannot be members of political parties and political party-affiliated bodies or professional unions. All care must be taken to avoid being seen as prejudiced, biased or carrying an agenda to defame or harm or discriminate against a person or organization.

Fact-checking of statements of public figures and producing investigative stories on topics of public interest are sensitive subjects. Therefore, utmost care should be taken to carry out the task of checking facts and investigation in highest professional standards.

The following is a list of codes. This is updated from time to time and fact-checking team informed about it immediately.

Code of Conduct for Fact-checkers

The following code of conduct must be adhered to at all times by the fact-checking team:

*Public figures include the President, Prime Minister, Ministers, Justices of Supreme and Appellate court (the two tops courts), Bureaucrats, Diplomats, Businessmen/women, Celebrities (like movie stars, singers, musicians, and so on)

We believe that it is our responsibility to make corrections in case of factual error(s) in a fact-check report.

In case of a major mistake(s) especially those that require us to change the conclusion of our fact check report, we will clearly add the term “Correction” in the headline and update the report.

Minor typos and grammatical errors are however corrected without notice, but we will mention "Update" in the headline if we add new information or statements to an already published fact-check report.

We adhere to IFCN's Code of Principle of commitment to impartiality, transparency and accuracy. We fact-check claims that, if left unchecked, will have huge implications on people's lives such as hoaxes and rumors related to the COVID-19 pandemic. We don't fact-check someone's opinions or intentions. We also refrain from fact-checking something which we cannot verify using publicly available information.

We fact-check the statements made by people holding public office, both elected and unelected, on the radio, television, newspapers and social media. We also fact-check rumors and pictures that have widely circulated on the social media.

Normally, fact-checkers pitch ideas for fact-checking after researching the materials available on digital, print as well as the social media. If the editor feels an idea merits fact-check, he assigns the work to a fact-checker. The fact-checker prepares a report and shares it with team members for a peer-review. After the review, the editor edits the report and publishes it.

We take the following steps before ascertaining whether to fact-check a statement or not:

To see whether the statistics used in the statement are correct or not, we study relevant publicly-available publications of impartial and competent authorities. For instance, government statistics, census reports, books and journals etc. We don’t fact-check statements that cannot be verified on the basis of publicly available documents/statistics/evidences. Also, we don’t publish the results of fact-check statements/claims that are correct, except for the statements that are against popular belief.

Once a member of our team prepares a fact-check report, we double check the report through another member of the team and then publish the report.

In order to facilitate our readers to examine our fact-check reports, we include in our reports the reference materials and evidences used for checking the facts.

If you feel that any statements from public office bearer needs to be fact-checked, then please write to us at [email protected]

Deepak Adhikari is the editor of South Asia Check, a fact-checking initiative by Panos South Asia. For over a decade, Ahikari has worked for major international news agencies and publications. He worked for Agence France-Presse (AFP), the global news agency and dpa, the German news agency, as a reporter in Nepal. His work has appeared in leading international outlets including New York Times, Al Jazeera English, The Guardian, Time magazine. He has written longform stories for magazines including The Caravan, Himal Southasian. He has also written chapters in two books: Garrisoned Minds: Women and Armed Conflict in South Asia and The Caravan Book of Profiles.
Twitter: 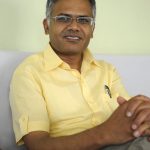 Mainali is the former editor of South Asia Check. He has more than 20 years of journalism working in different newsrooms. He is also an accomplished documentary maker and has written several books about Nepal. He was awarded the prestigious Padmashree Literary Prize in 2015 for his latest book ‘Mantha Darayeko Jug’.

Dhakal has more than fifteen years of experience working in Nepal’s leading newsrooms. He was also the head of the media monitoring project of Panos South Asia between 2012 and 2015. He holds an MBA from the Tribhuvan University.
Twitter: 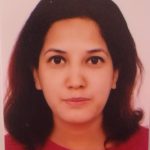 Panthi has a masters’ degree in international relations and diplomacy from the Tribhuvan University. She has a bachelor’s degree in journalism and mass communications. She also teaches post graduate students at the Tribhuvan Uuniversity. Before joining Southasiacheck.org, she worked as a freelance feature writer focusing on women’s issues.
Twitter:

Shiwakoti  is currently pursuing a Master of Philosophy in Development Studies at Kathmandu University. He has over a decade's experience in digital media and photography.