Agricultural land shrinking in tarai due to flooding 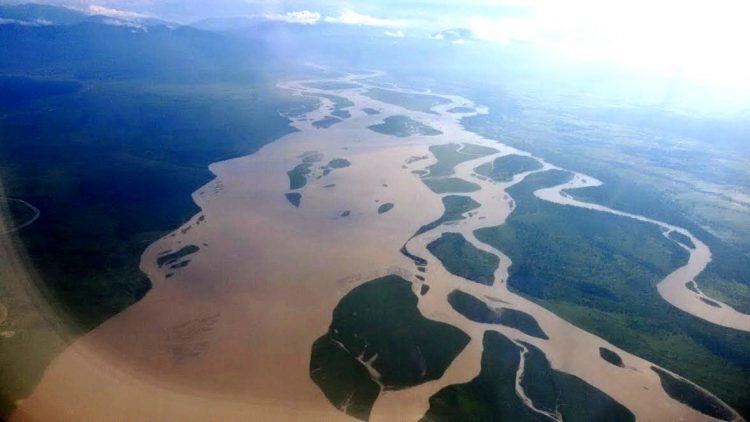 The Koshi River pictured from plane during a flight from Kathmandu to Biratnagar on July 26, 2014.
Photo: Mohan Mainali

In an interview aired on Mountain TV on March 12, Rastriya Janata Party Nepal presidium member Mahendra Yadav was asked by the interviewer if he had any suggestions for the incumbent KP Oli-led government.

The following was one among the several suggestions offered by Yadav:

“In order to develop the country, I ask the government to do one thing first of all. Every year floods have been rendering 400,000 hectares of agricultural land barren. Due to this our agricultural production has been decreasing by the day.”

South Asia Check could not find the latest statistics on how much land has been rendered barren by floods in Nepal.

In 2016, the Central Bureau of Statistics had published a report entitled “Compendium of Environment Statistics, Nepal 2015” and this is the only recent document available in the public domain.

This report provides statistics on the area of land that was made uncultivable by flooding and soil erosion between fiscal year 2001/02 and 2011/12.

During the ten year period, a total of 56,671.70 hectares of land was made uncultivable due to flooding and soil erosion across the country (pg 56). In light of this data, Yadav’s claim that 400,000 hectares land in the tarai is becoming uncultivable every year due to flooding sounds like an exaggeration. But again as there is no recent data available, we cannot say whether his statement is factual.

The impact of flooding and soil erosion is most severe in the tarai. In between fiscal year 2001/02 and 2011/12, a total of 22,276.8 hectares of land in the hills and the mountains had become uncultivable. During the same period, 34,394.90 hectares land had become uncultivable in the tarai due to flooding and soil erosion. The deterioration of agricultural land in the tarai, which is also known as bread basket of Nepal, is obviously hitting food production.