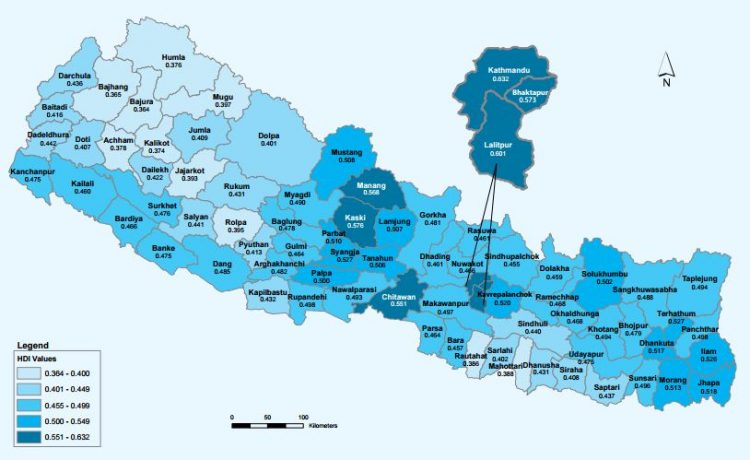 CPN-UML Chairman and former prime minister KP Oli, while addressing a rally in Rajbiraj of Saptari district on March 6, said that the Madhesi-majority Province 2 is the poorest region of Nepal.

The word ‘tarai’ used in his speech indicated Province 2.

South Asia Check has examined whether Province 2 is the poorest region of Nepal, as claimed by Oli, or not.

Of late, the Human Development Index (HDI) has become the most reliable instrument to measure poverty of any region. According to the UNDP, HDI is measured on the basis of average life expectancy at birth, education and gross national income per capita.

According to the “Nepal Human Development Report, 2014” jointly prepared by National Planning Commission and UNDP, Rautahat and Mahottari are among the 10 districts of Nepal with lowest HDI values (less than 0.4). Bajura, Bajhang, Kalikot, Humla, Achham, Jajarkot, Rolpa and Mugu are the other eight districts in this category.

In summary, we can say that the districts in the hills and mountains of the midwestern and farwestern Nepal have lower HDI values than the Province 2 districts.

Therefore, Oli’s claim that Province 2 is the poorest region of Nepal is incorrect.

Click here to learn about HDI value of Nepal in detail.