This is how falsehood spreads

However, by the time the changes were made several Nepali websites had already published the claim made by News18.com with headlines like these, “Indian media claims Indian nationals will be allowed to vote in Nepal after constitution amendment” and soon those stories were widely circulated in Nepali social media. 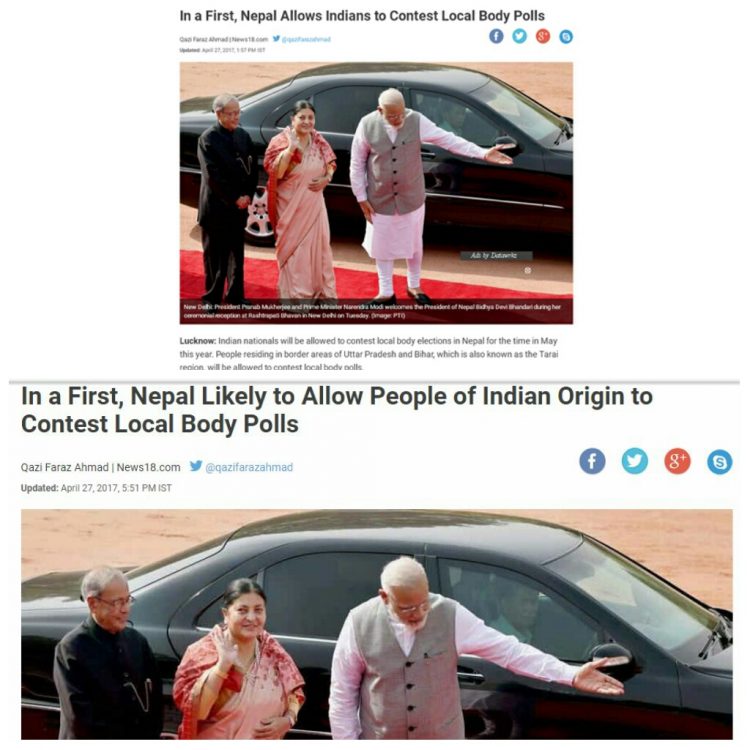 The news about Nepal’s local elections carried by News18 has glaring inaccuracies like Madhesis (whom the piece refers to as Nepalis of Indian origin) are getting to take part in polls for the first time. Never has any Nepali citizen living in the tarai been barred from voting in the elections or contesting the elections. In fact Nepal’s first president Ram Baran Yadav is from the tarai and several Madhesis have contested and won elections in the past. Similarly, the News18 piece has also has several discrepancies about the recent timeline of the constitution amendment and efforts made by Pushpa Kamal Dahal-led government to bring the Madhes-based parties on board the upcoming elections.

Despite these glaring inaccuracies in the News18 piece about Nepal, none of the Nepali media outlets that published reports based on the “claim” made by News18 have not attempted to debunk the falsehood and mention in their reports what actually is the current situation and the provisions on who can vote or contest the elections. As a result Nepali news outlets ended up disseminating the falsehood about Nepal exactly the way News18 carried it, leaving people sharing it on social media to form opinions based on it. 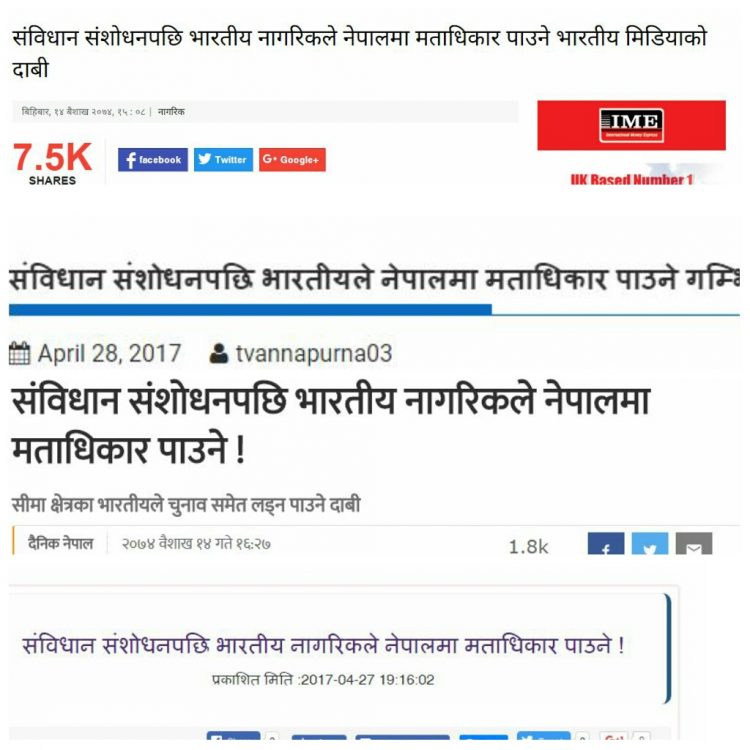 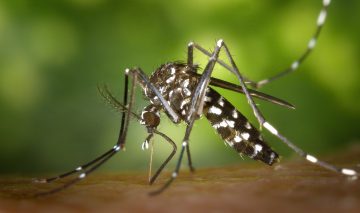 As dengue rages on, confusion galore about what it is and what its symptoms are. Here’s what you need to know A week ago, Samir Rijal, a resident of Lokanthali in Bhaktapur, started feeling feverish, nauseous and pukish. Initially, he thought he had been infected with Covid-19. However, after tests, he was di... Read More
Silence is not helping in our fight against Covid-19 Many of us still hesitate to inform close contacts when we test coronavirus positive–one reason why the pandemic lingers on. The ongoing rise and fall of Covid-19 cases globally two-and-a-half y... Read More
If you haven’t, go get a booster shot against Covid-19. Here’s why and how to get it As Covid-19 cases rise again, experts say booster shots provide greater immunity. South Asia Check explains why additional doses are essential for preventing serious illnesses and hospitalisations. Co... Read More