South Asia Check has, for the past several years, been tracking the use of anonymous sources in the news reports published on the front pages of six leading national dailies of Nepal – Kantipur, Nagarik, Annapurna Post, The Kathmandu Post, Republica and The Himalayan Times. But this quarter, we have not included English daily Republica because the newspaper suspended its publication including the e-paper since April 16 citing the COVID-19 pandemic.

The Himalayan Times, another English daily, has also suspended its print edition but it has been publishing the e-paper.

During the three months, the front page reports of the five dailies used altogether 731 anonymous sources. 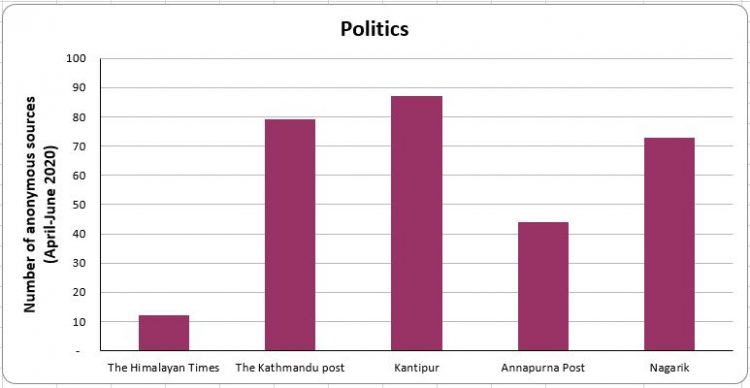 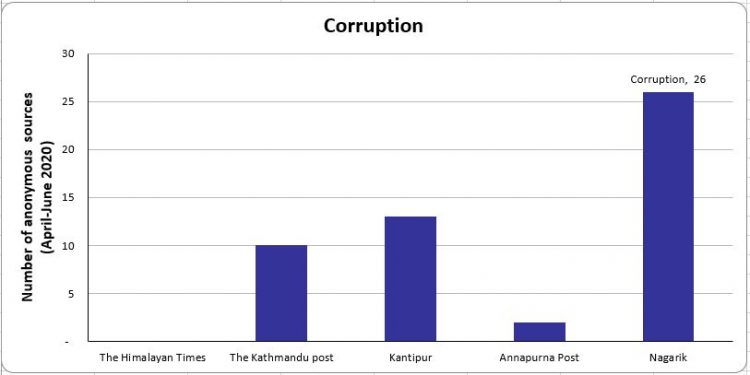 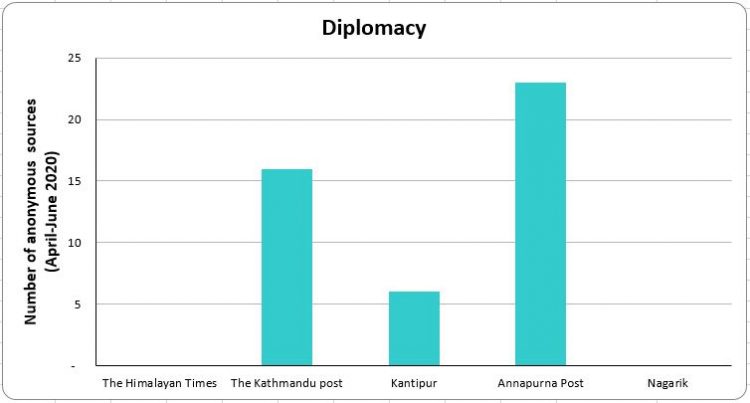 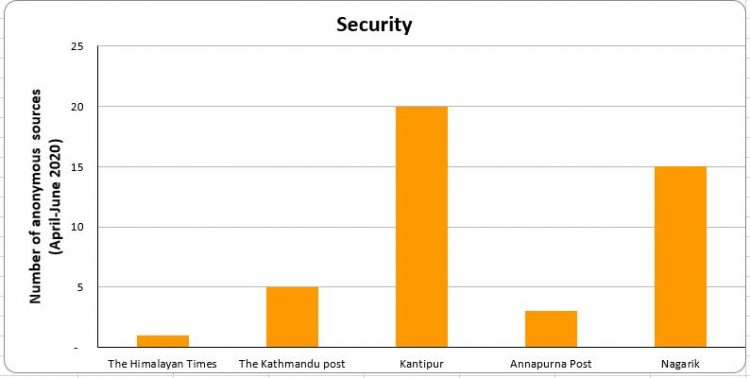 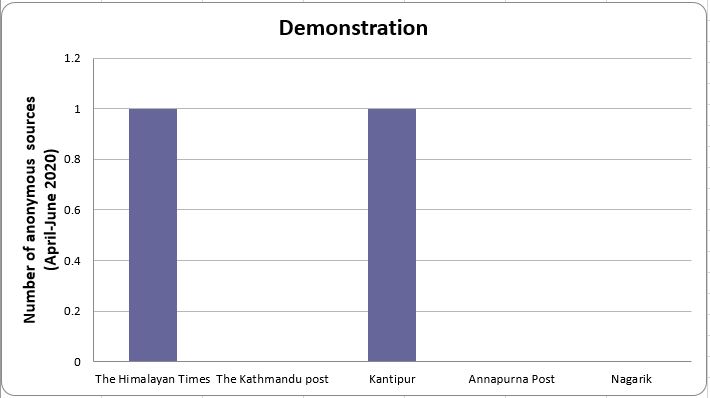 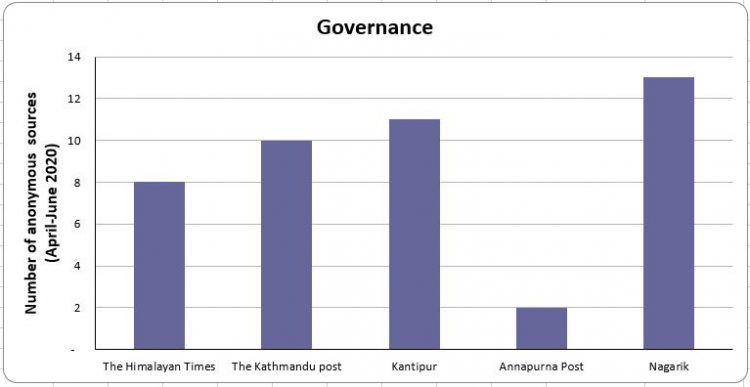 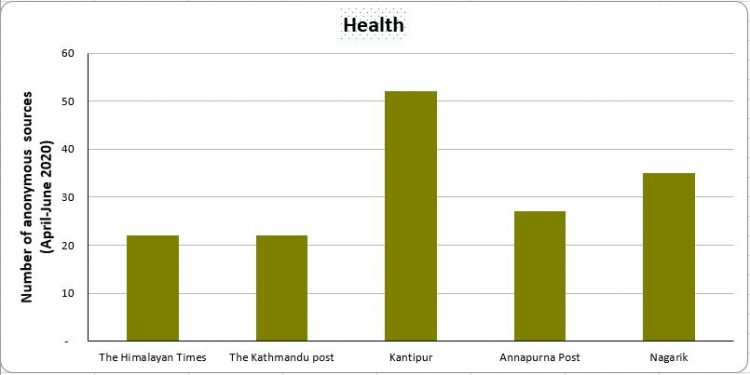 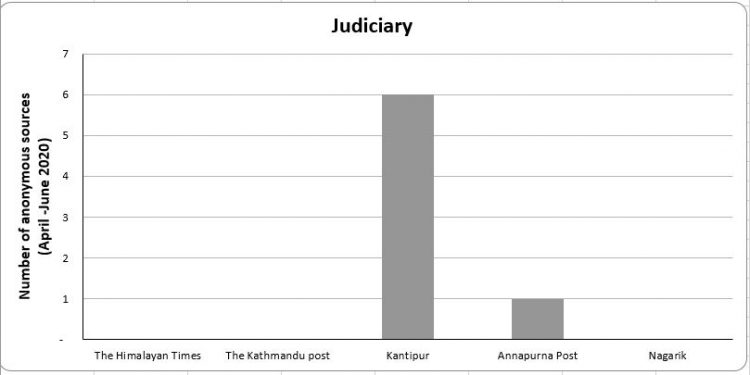 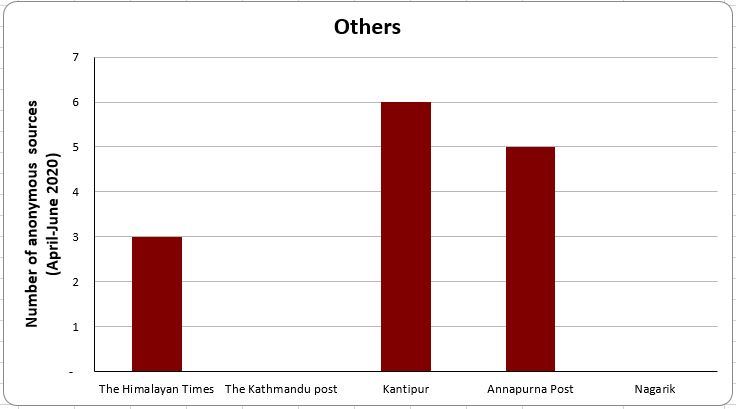 Regarding the use of anonymous sources in news reports, ‘Journalist’s Code of Conduct, 2016 (first amendment 2019)’ issued by the Nepal Press Council states the following:

But some news reports published during this period have quoted anonymous sources even when there was no apparent need to do so. For example, a report headlined ‘Three Indian nationals in Birgunj test positive for COVID-19’ published in an English-language daily stated, “A police official said that they are attempting to track the men’s travel history.”

Another report titled ‘With mass testing, more cases of COVID-19 begin to emerge’ in an English-language daily states: “‘Sending suspects having symptoms to isolation facilities and keeping people who returned from abroad in quarantine is a regular process,’ said an official at the Health Ministry.”

“We perform several tests even after both rapid [rapid diagnostic test or RDT] and polymerase chain reaction [PCR] show the same result. Only then we confirm whether it is positive or negative.”

Similarly, a report in an English-language daily headlined ‘Three test positive for antibodies’ states: “‘They tested positive in rapid diagnostic tests. Their samples will undergo polymerase chain reaction test to confirm whether they have contracted COVID-19,’ said a doctor at Dhulikhel hospital adding the youths have been in isolation since this afternoon.”

Another report in an English-language daily headlined ‘Apartment building sealed after positive rapid tests’ states: “An occupant of the Sun City Apartments told THT that police personnel came to the building in two vehicles today after the three residents tested positive for COVID-19.”

Another report headlined ‘2900 people in military quarantine facility’ published in a Nepali-language daily states: “She tested negative for COVID-19 and her condition is normal, according to a military source.”

Likewise, a report headlined ‘Myanmar and UAE repatriating Nepalis free of cost’ published in a Nepali-language daily states: “However, those stranded in Myanmar are being repatriated at the initiation of the [Nepali] army, a foreign ministry official said.”

The use of anonymous sources in the aforementioned cases appear unjustified because disclosing the sources’ identities does not seem to cause serious harm to the sources.