During the three months between January 1 and March 31, 2019, among the six major national dailies that we monitor, The Kathmandu Post used the most number of anonymous sources – 318 in total – in the front page reports.

During the three months, the front page reports of the six dailies used altogether 1,142 anonymous sources. 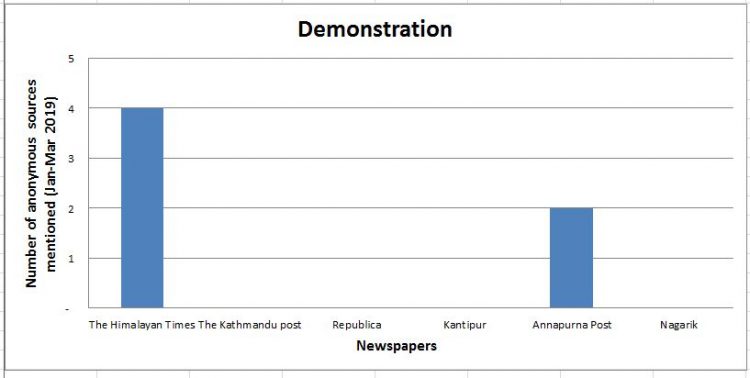 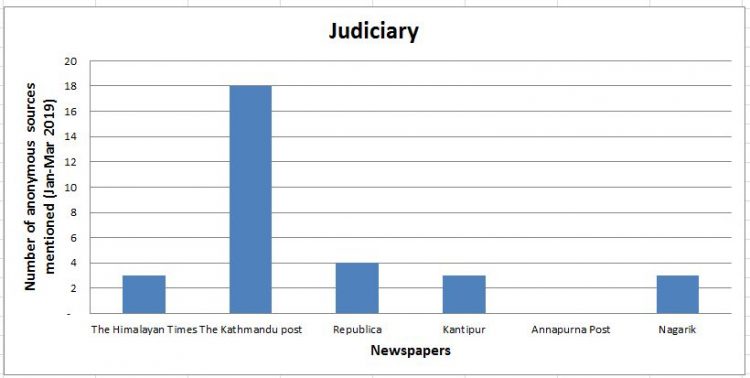 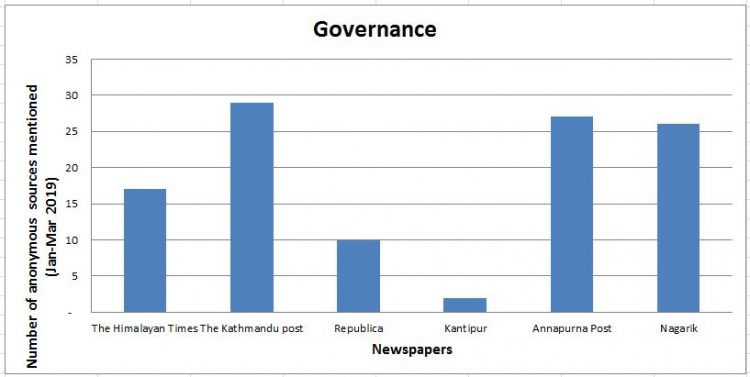 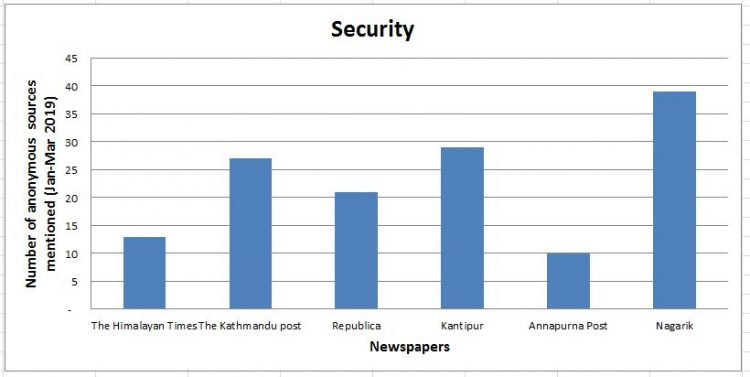 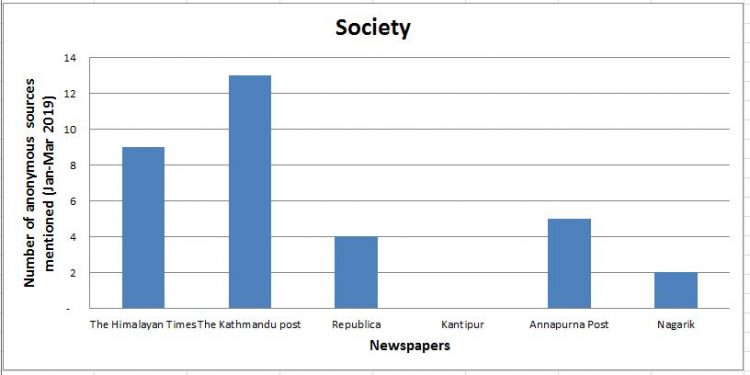 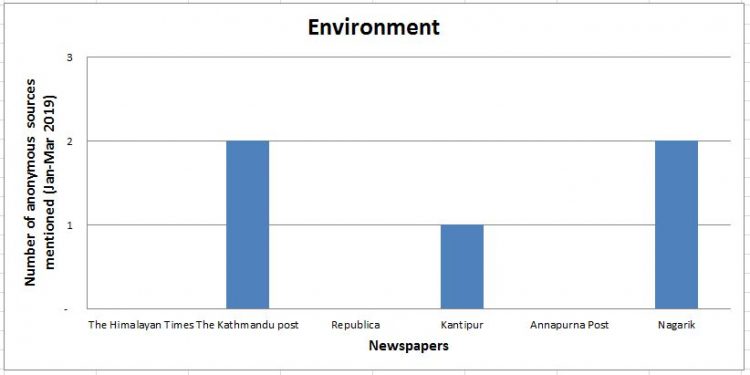 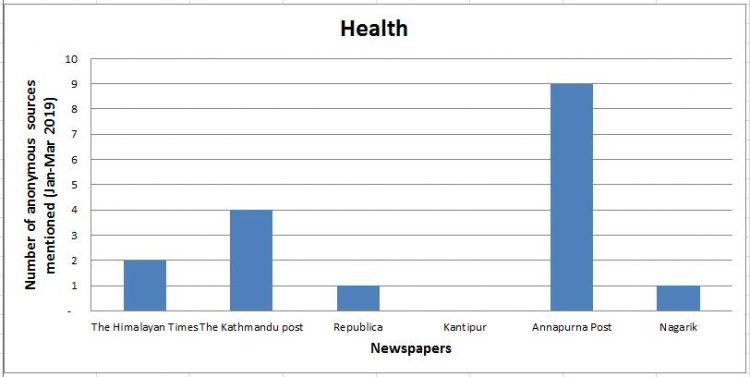 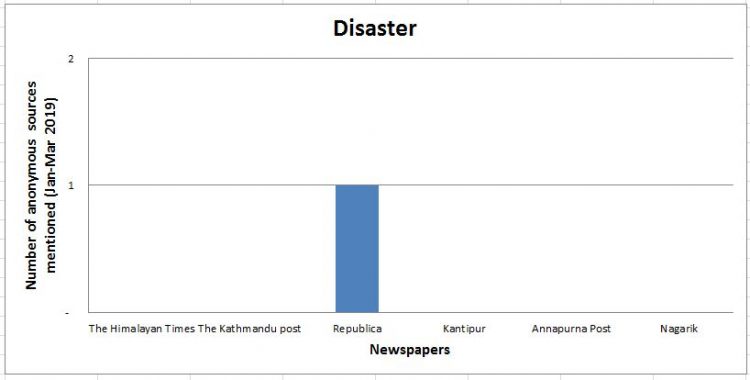 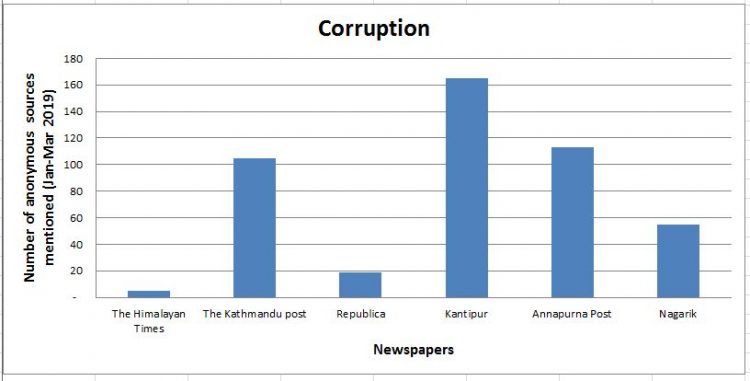 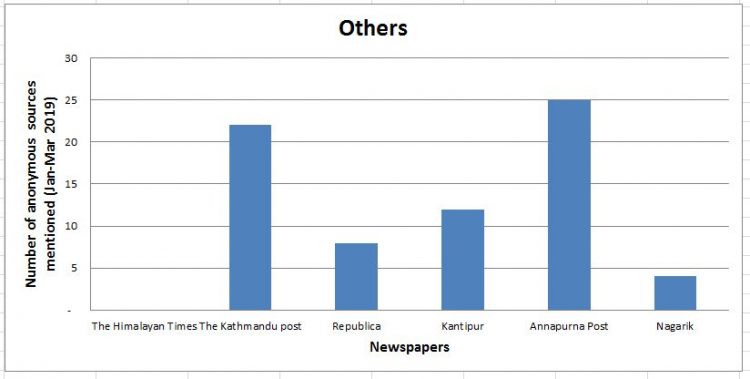 For example, a report headlined “Snow yet to melt but schools reopen” published in a Nepali-language daily stated the following:

“It is not possible to reopen the schools in the uplands immediately. We are having snowfall every day. There is snow everywhere. It is really difficult for the students to find their way to school through the snow,” said a teacher

Similarly in another story headlined “Mother at 12” stated: “I am surprised that she has given birth at such a young age. Now with visitor numbers growing, it has become difficult to manage them,” a nurse said.

Another report “Government firm on its stance” in another Nepali-language daily states:

He himself wanted to be shifted to the general ward saying his stay at ICU could deprive other patients from getting proper medical care. However, according to a physician involved in his treatment, his condition is not critical.

One witness said, “As soon as the first bus passed, the second bus touched the power line. And, we saw people jumping off the bus.”

Another news headlined “Hardships are over now” states:

There were three policemen on duty. One of them said, “About 400 people have been receiving services daily.”

Yet another report in a Nepali-language daily headlined, “Six along with Adhikari cremated,” stated:

According to the family sources, the mourning rituals will be completed within seven days.

In these news reports, the use of anonymous sources looks unjustified because revealing the identity of the news sources would not cause any harm to the sources.