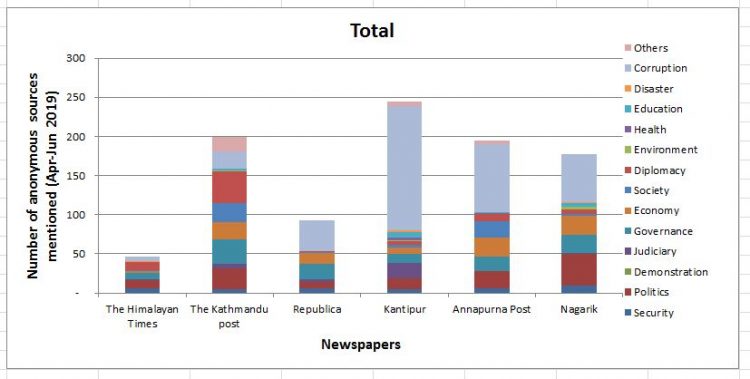 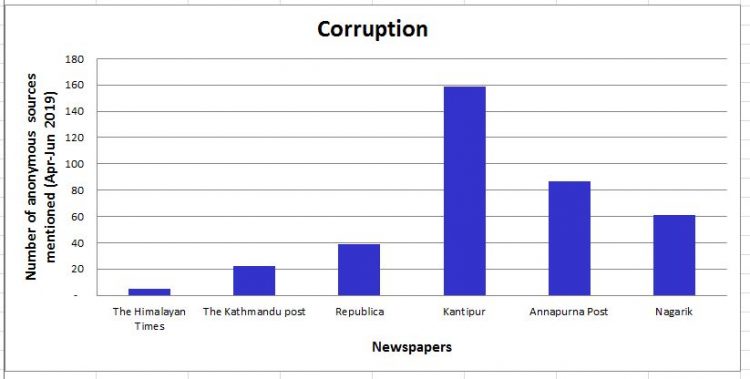 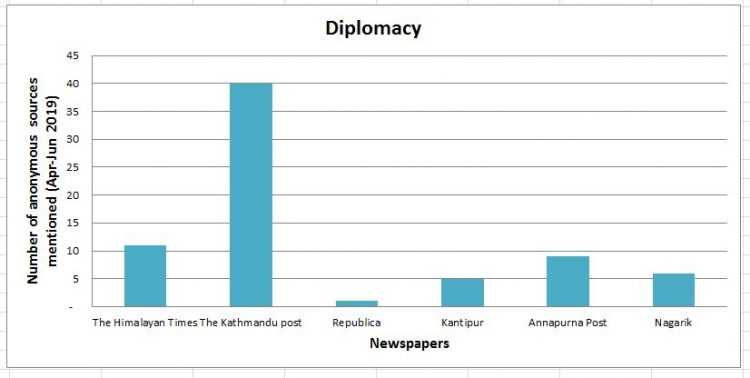 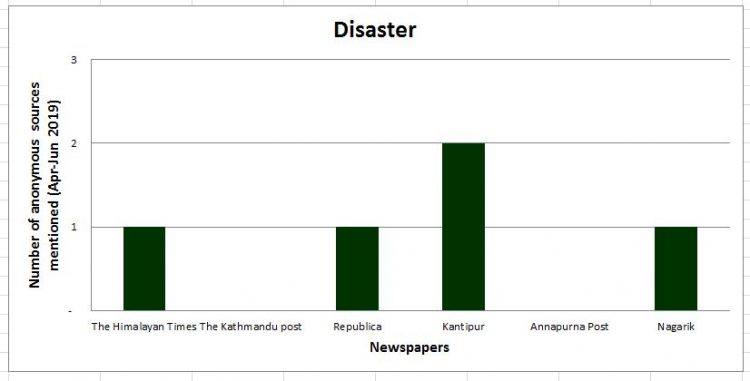 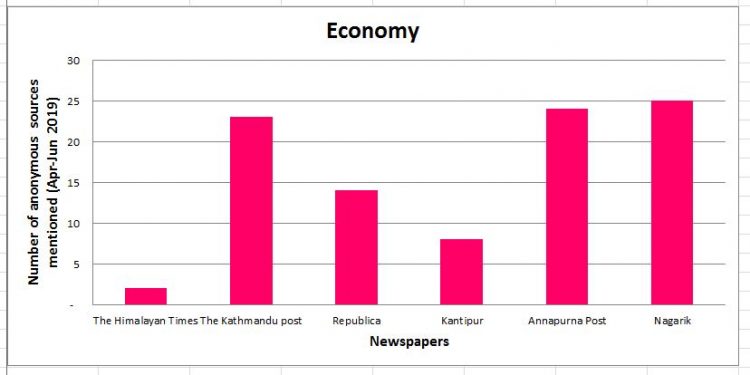 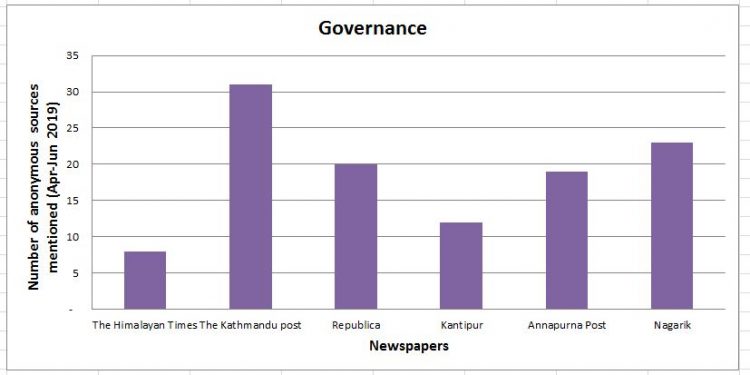 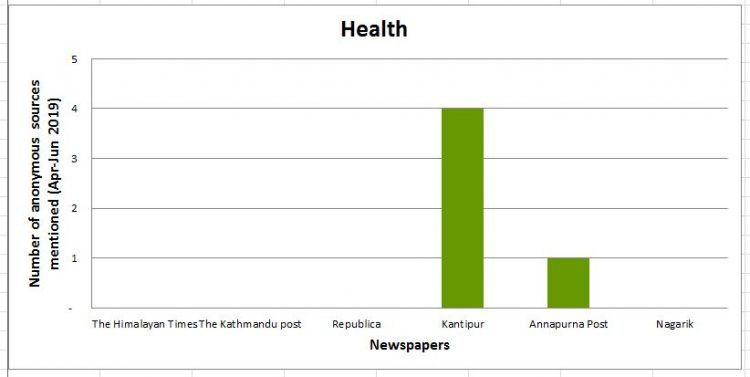 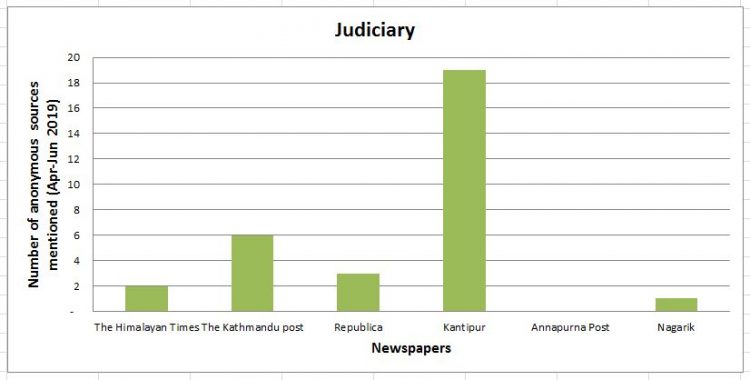 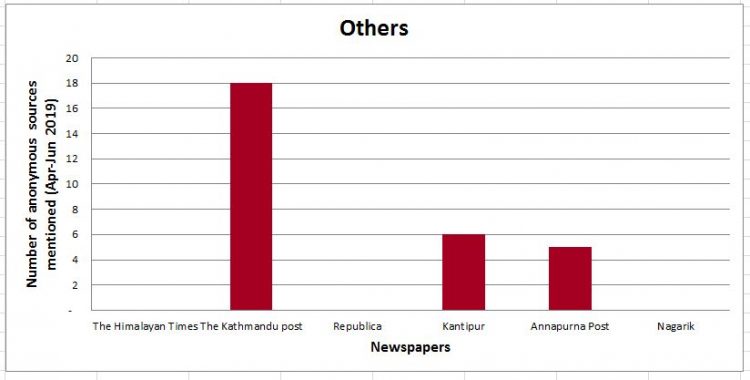 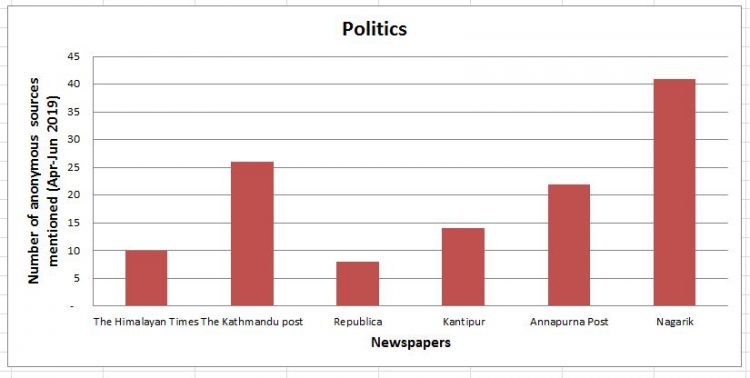 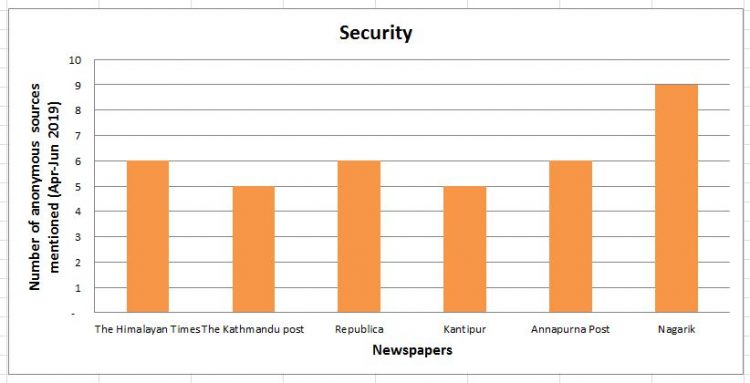 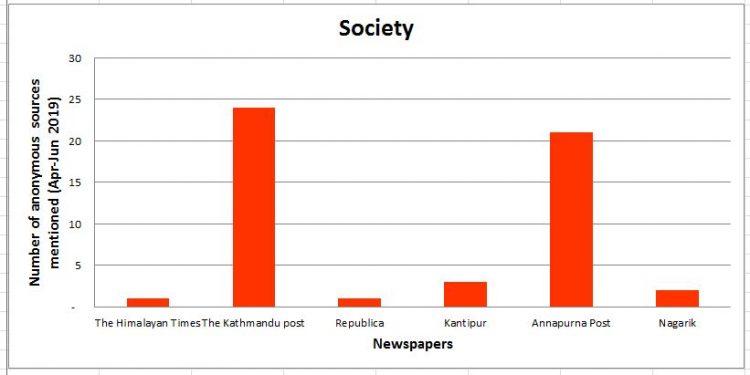 During the three months, the front page reports of the six dailies used altogether 955 anonymous sources.

“The farmers are happy to learn that the canal construction work that started three decades ago, is finally being completed,” said one local. “The Babai irrigation project has also started land acquisition and construction works.”

In another Nepali daily a story headlined “Selfie with the statue” stated:

NCP cadres were busy talking selfies with the statue in the background on Friday. One of them said, “We couldn’t meet him when he was alive. So we are paying him homage by taking selfies with his statue.”

Another story “600 atop Everest this season” in an English-language daily states:

“There was not much human error. We tried our best to reduce accidents but in vain. It was because of mother nature,” an official said.