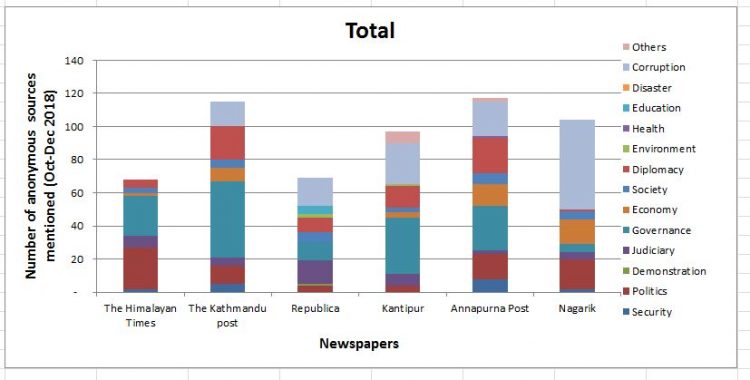 During the three months, the front page reports of the six dailies used altogether 569 anonymous sources. 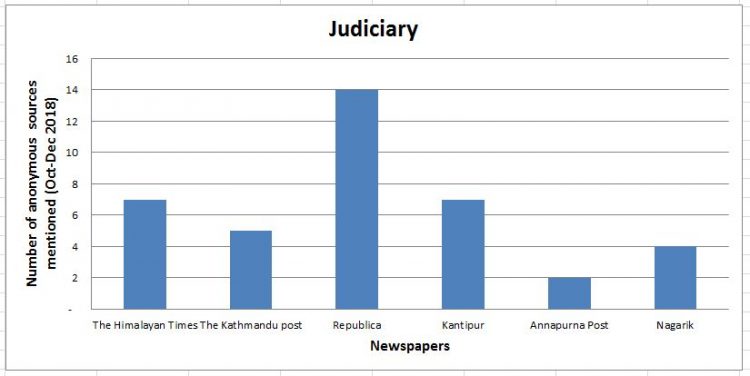 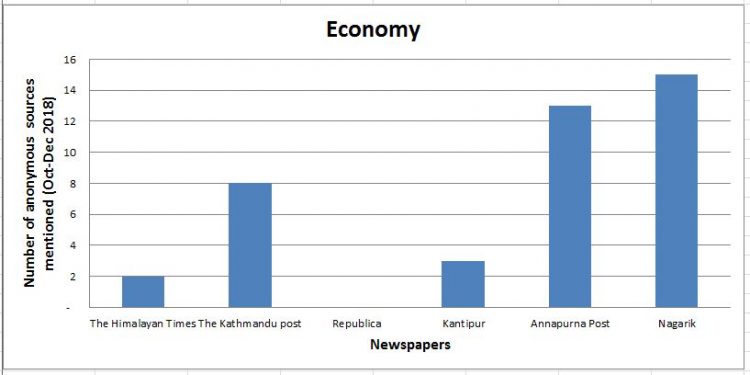 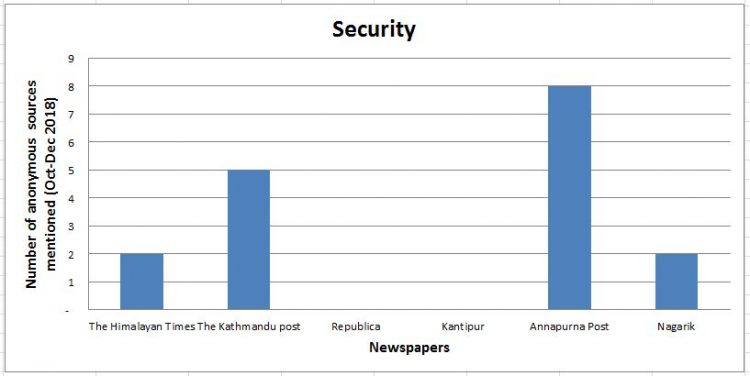 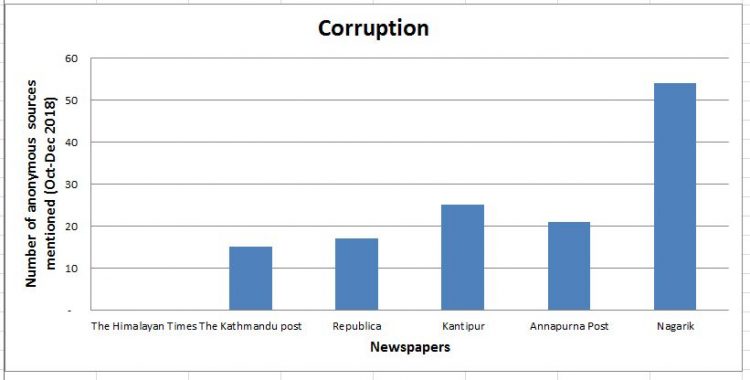 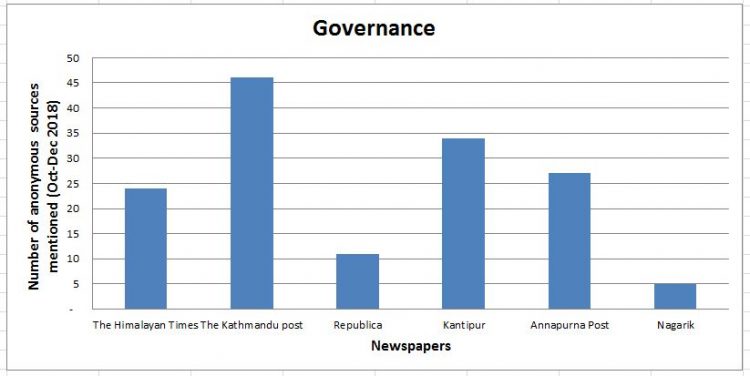 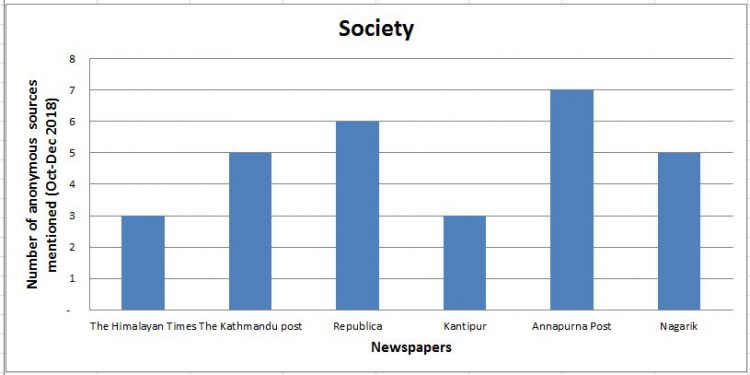 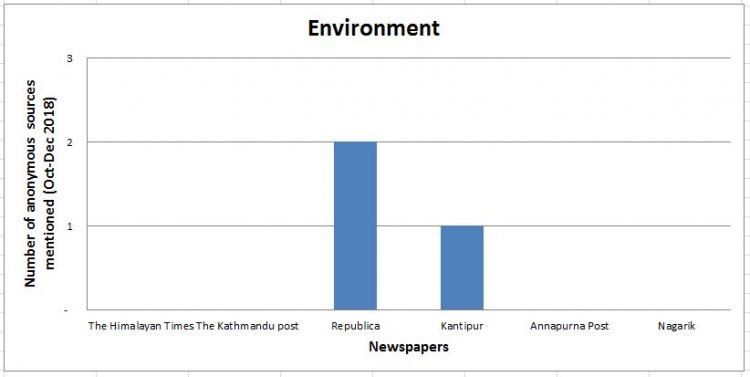 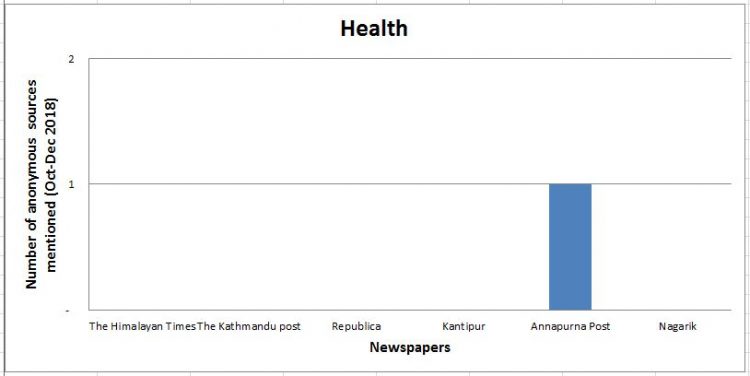 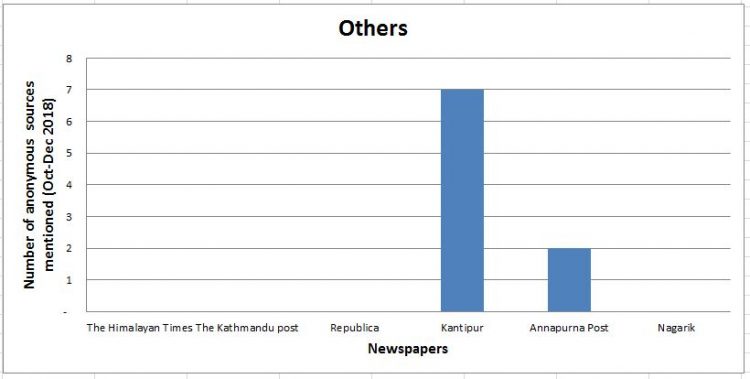 Interestingly, there were no anonymous sources in disaster-related reports.

For example, a report headlined “Oli’s proposal stalled” published in a Nepali-language daily stated the following:

“All the ministers in the government are doing commendable jobs. This government is clean. It is working to achieve the goal of prosperity,” an [NCP] standing committee member quoted Oli as saying. “This government has not committed corruption. No minister has committed crime. The government will work more effectively,” he added. In this news report, the use of anonymous source looks unjustified because revealing the identity of the source would not cause him/her any harm.