Subsidized fertilizers yet to be distributed

In the aftermath of the earthquakes, the government had announced that farmers in the areas affected by the earthquakes would be provided seeds for summer free of cost, and fertilizers at concessional rates.

According to Shiva Sundar Ghimire of the Department of Agriculture, free chemical and organic fertilizers will be distributed by FAO (Food and Agriculture Organization) as part of its agreement with the government of Nepal for maize crop to farmers in the affected districts of Dolakha, Gorkha, Dhading, Rasuwa, Nuwakot and Sindhupalchowk between March and April next year. 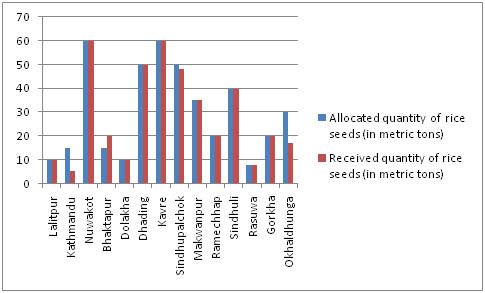