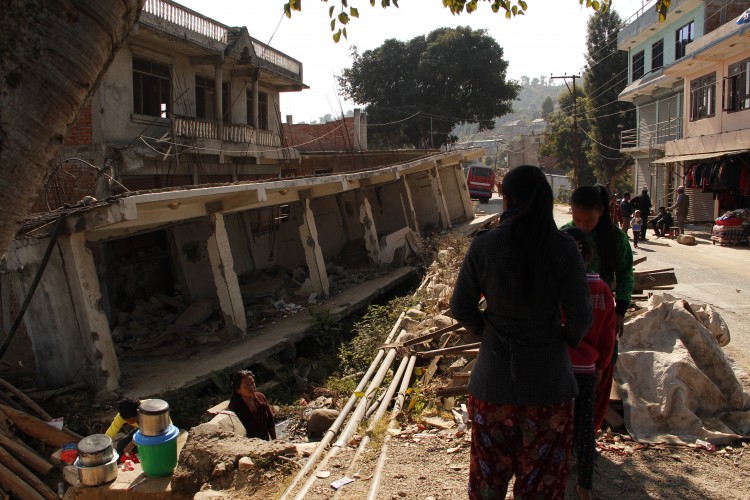 On January 5, the government gave full shape to the National Reconstruction Authority (NRA) by forming various committees under the authority to oversee post quake reconstruction efforts. Earlier, on December 25, the government appointed Sushil Gyewali as the chief executive officer of the NRA. He served as executive director of the Town Development Fund before the appointment.

NRA has announced a three-month long reconstruction campaign starting 16 January marking the National Earthquake Safety Day. Presenting a concept paper at Parliament’s Development Committee on January 10, Gyewali said the government-announced grant of Rs 200,000 per household for earthquake reconstruction would only be mobilized after a detailed survey. He added that NRA expects to start rebuilding homes in the affected village development committees (VDCs) after detailed survey concludes in some districts within a month. (Read the concept paper here)

“Our aim is to start reconstruction in every village of the quake-affected districts through the reconstruction campaign between 16 January and 25 April. But the present challenge is to overhaul our organizational structure to ensure that it is prepared to take forward the task of rebuilding homes from the village level,” Gyewali told South Asia Check.

According to the Ministry of Home Affairs, by December 30 the government has distributed Rs 2.25731 billion to earthquake affected families to buy warm clothes. A total of 225,731 families from 19 districts have received Rs 10,000 each. The ministry informed that it was still distributing the money to the affected families.

Increasing number of fake earthquake victims claiming relief has impacted relief distribution and reconstruction efforts. According to Bharat Prasad Acharya, administrative officer at the District Administration Office, Sindhupalchowk, 84,600 families in the district have received government relief although the number of families in Sindhupalchowk according to 2011 is at 68,000 [2011 Census on Housing and Population puts the same figure at 66,635].

“We’ve received 482 complaints about fake victims and additional claims about damaged housed which we are investigating,” says Acharya