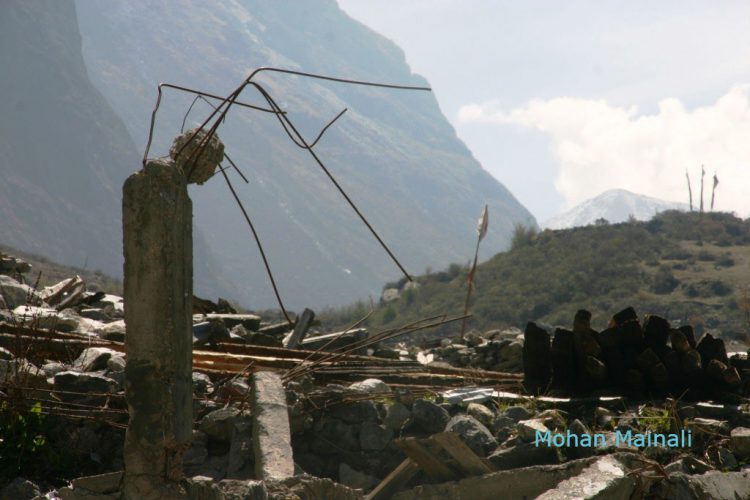 A settlement in Langtang, Rasuwa after the earthquake’s devastation, pictured a year later in 2016.

After the 2015 earthquakes, Nepal government had organized ‘International Conference on Nepal’s Reconstruction -2015’ to raise foreign aid for post-earthquake recovery. At the conference, Nepal’s development partners pledged financial assistance amounting to US$ 4109.52 million. According to the Development Cooperation Report, 2016/2017 published by the Ministry of Finance following are the pledged, committed and disbursed amounts by various development partners:

Figures are in millions of US dollars

The government of India disbursed the first tranche of pledged economic support amounting Rs 2.143 billion in August 2018. China, India, Asian Development Bank, and World Bank are the largest contributors in terms of the amount pledged for post-earthquake reconstruction. According to the report, out of the total committed amount only 16 percent amounts have been disbursed.