Citizenship provision in new constitution is discriminatory against women 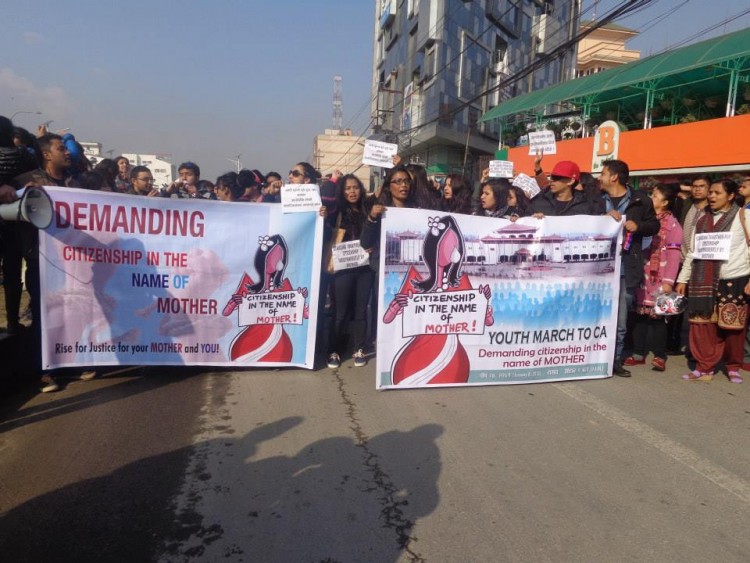 Photo courtesy: Citizenship in the name of mother (Facebook group)

After the Constituent Assembly endorsed the new constitution on 17 September, 2015, social media is abuzz with allegations that the provisions relating to citizenship for women are discriminatory.

Southasiacheck.org has made an attempt to check whether the allegations are fact-based or not:

Here are some examples of such a child:
A. A child born abroad to a Nepali mother as a result of rape.

B. A child is born abroad to a Nepali mother and a foreigner father, and the Nepali mother is forced to return and reside in Nepal along with the child.

Clause 5 of Article 11 of the new constitution has stated that a child born to a Nepali mother inside Nepal and permanently domiciled in Nepal will get citizenship by descent even if the father is unknown.

But this clause is silent about the fate of Nepali mother’s foreign-born child, whose father is unknown.

So, if the federal law fails to categorically address the concern of the aforementioned child, then s/he will not get a Nepali citizenship.

The provisions for providing citizenship to the foreigner wife of a Nepali man and foreigner husband of Nepali woman are not equal.

Clause 6 of Article 11 of the new constitution has stated that a foreigner woman married to a Nepali man can acquire naturalized citizenship in accordance to the federal law.

But this clause is silent in the case of a foreigner man married to a Nepali woman.

So, the second allegation is also valid.

The citizenship provision relating to women in the new constitution is indeed discriminatory.