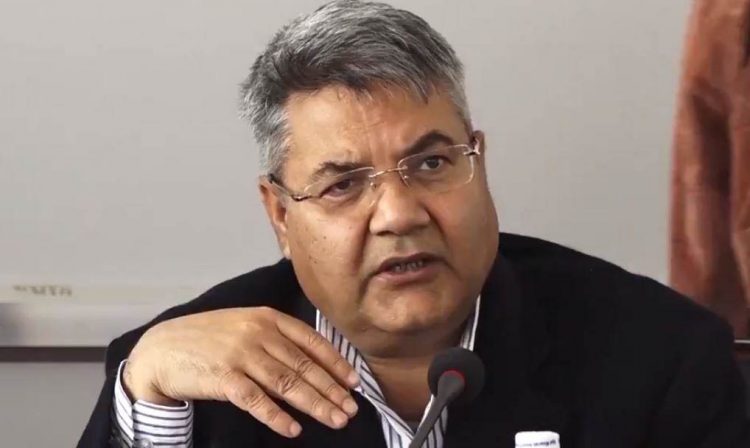 Minister for Communication and Information Technology Gokul Baskota during a discussion on the Media Council Bill at the parliament’s Bill Management Committee on January 19, 2020 shared a case of one Indian television channel. He said:

“An Indian television company was ordered to pay a fine of, I think, Rs 1000 crore. Which journalist can afford to pay such a huge amount of fine? The television company also could not pay the fine and it collapsed. I think the issue was related to the chief justice.”

In the case mentioned by Minister Baskota, on April 26, 2011, an Indian court had ordered India’s Times Now Television to pay [Indian] Rs 100 crore [Rs 1 billion], not Rs 1000 crore and it was a defamation case related to a former justice not the chief justice of India.

In a report broadcast on September 10, 2008, Times Now Television had erroneously shown the photograph of former Supreme Court judge, P B Sawant instead of P K Samantha, who was allegedly involved in a Provident Fund Scam. Sawant sued Time Now Television for defamation at a Pune trial court. The court ordered the television company to pay Rs 100 crore in damages. When the television company reached the Bombay High Court to appeal against the Pune court’s order, the high court ordered the television channel to first deposit Rs 20 crore and provide Rs 80 crore as bank guarantee as a precondition for hearing the appeal. The Supreme Court also endorsed the verdict of Bombay High Court.

Some news websites used old photo of Putalisadak blaze to depict Monday’s fire The news sites that published the misleading photo included Dainiki, Ashaka Kiran, Khaskhabar, Nepalpatra and Gokarneshworonline. Read More
Old photo being circulated as that of recent Chepang settlement fire This photo, which we can say is several years old, has misled people into believing that it was of the July 18 fire incident in a Chepang settlement in Chitwan. Read More
Peru hill collapse image being circulated as Darchula landslide photo A reverse image search of the photo on Google and Yandex showed that it was a more than two-year-old photo of a landslide in Cusco of Peru in South America. Read More