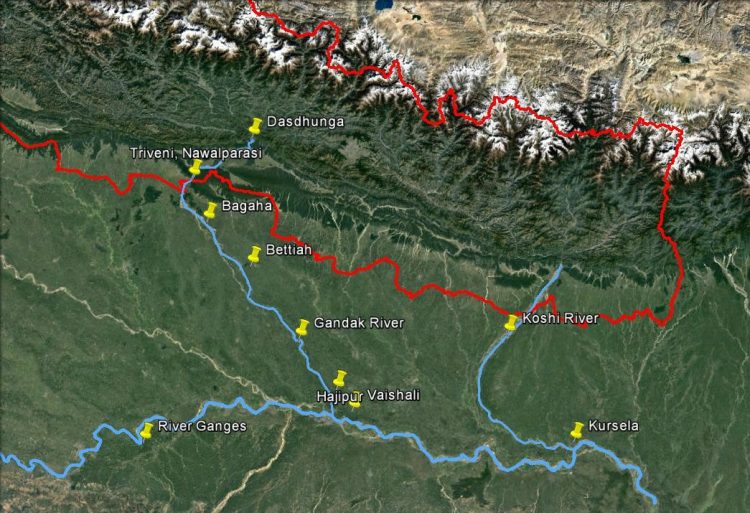 Two of Nepal’s three major river systems, Koshi and Saptagandaki (also known as Narayani in Nepal and Gandak in India), flow down to the Indian plains and finally drain into the Ganga. The Ganga-Bhagirathi-Hooghly river system was declared National Waterway (NW) 1 by India in 1986. Along this NW 1, Hajipur and Kursela are the places where Gandaki and Koshi rivers flow into the Ganga. The confluences of these rivers with the Ganga are seen as the points to link Nepal to the sea.

The Inland Waterways Authority of India has come up with plans to develop several inland waterways. A 300-km National Waterway 37 that stretches from Hajipur (confluence of the Gandaki River and Ganga) to Tribeni Ghat is on top of their priority. Indian Union Minister for Road Transport and Highways, Nitin Gadkari, attended the ground-breaking ceremony of the project on February 11. Once the vessels come to the Indian side of the Bhaisalotan barrage, bringing them to the Nepali territory looks possible. A high-level commission comprising officials from Nepal and India is expected to meet in the first week of March to discuss the technical possibilities of bringing vessels to Nepal. 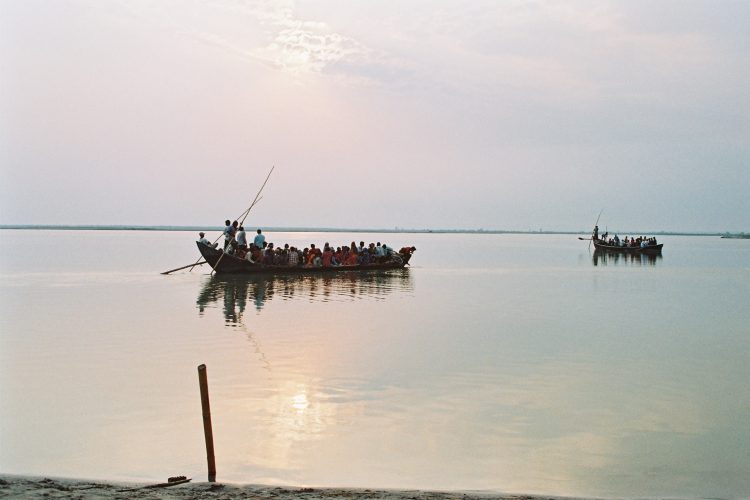 Nepal has yet to develop technical guidelines or standards for inland navigation. But as Nepal aims to bring vessels to its territory by expanding the Indian waterways, the guidelines issued by the Inland Waterways Authority of India could be useful. The Indian guidelines state that water level in the rivers need to be maintained at 1.5 meters for the waters to be navigable.

To maintain the depth, sands and other deposits in the shallow areas of the rivers need to be removed. This process is called dredging. Speaking to AP Centre on AP1 Television, Madhav Belbase, the joint secretary at the Water and Energy Commission highlighted the possibility of Indian vessels reaching up to Dasdhunga of Chitwan from Triveni of Nawalparasi with minimal dredging.

Inland navigation vessels have been categorized based on their purpose. For example dry bulk vessel is used for dry cargo transport, liquid bulk vessel for liquid cargo (like chemicals and petroleum) transport, passenger vessels for carrying passengers, container vessels for container transport, and so on. These vessels have different tonnage capacities. In India, a river with minimum depth of 2.2-3 meters and width of 45 meters is considered navigable for 2000-ton vessels.

To develop a 300-km inland waterway in the Gandak River stretching from Hajipur to Triveni Ghat [across Nawalparasi], India will spend IRs 129.1 million, Hindustan Times reported on February 11.

This waterway (NW 37) will have four terminals — at Vaishali, Kalyanpur, Bettiah and at Bagha. The budget to be allocated by Nepal to stretch this waterway toward the Nepali territory will probably be known once the high-level commission from both the countries conducts a joint feasibility study.

Shipping is highly energy-efficient mode of cargo transport. According to a World Bank report, a liter of fuel can move 24 tons of cargo by roadways. Whereas the same amount of fuel can move 105 tons on water. Also, the cost of shipment by water is almost half the cost by road. The containers that deliver cargoes to Nepal weigh around 20 tons each. If a vessel with 1000-ton capacity is operated on the Gandaki River, it can ship 50 such containers at a time.

Inland navigation causes minimal impact on the environment. The dredged materials are deposited in depressions within the river. This process does not disturb the river bed. As shipment from waterways consumes less fuel, carbon emission is much less compared to roadways. Also noise pollution from inland navigation vessels is negligible. However, the motion of vessels will disturb the habitats of a variety of aquatic animals like fish, alligators, etc. Also, the Narayani River, which is being considered for operating ships, provides important habitat for threatened animals like royal Bengal tigers and one-horned rhinos.

But before developing waterways in the rivers that are being used by irrigation and hydropower projects, a detailed study needs to be done. The diversions should be carefully considered. However the rivers can still be considered navigable if minimum required depth is maintained even after the diversions.

The Government of Nepal passed a bill to open a Shipment Office on January 14. Prime Minister KP Oli inaugurated the office at Ekantakuna, Lalitpur on February 14. On June 28, 2018, speaking after the formation of the government Prime Minister Oli even went as far to invite people for a river trip to Calcutta.