Anonymous sources in newspapers of August 19 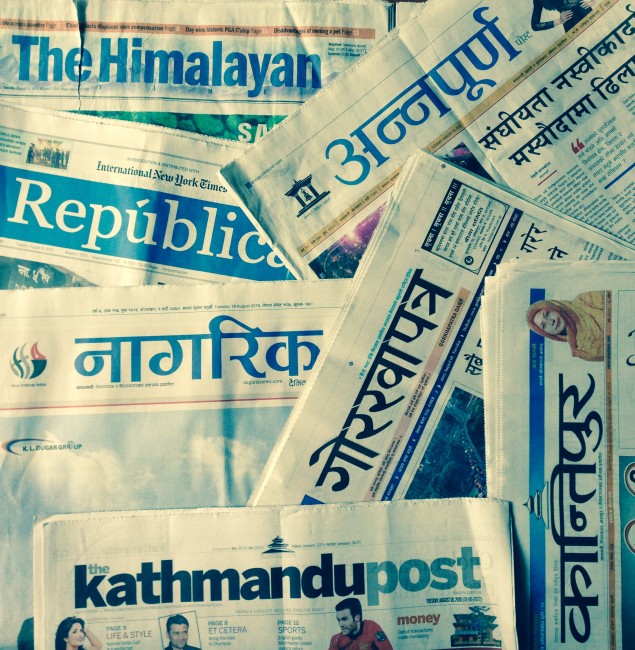 Nagarik report on the new constitution headlined “All issues settled except for delineation” datelined Kathmandu has quoted one unnamed source: a source at the political meeting.

Nagarik report on commercial surrogacy headlined, “Network spreads outside Kathmandu Valley also” by Deepak Dahal datelined Kathmandu has quoted two unnamed sources: a source associated with the investigation committee formed by the Ministry of Health and Population and a high-placed source at the ministry.