During the three months, the front page reports of the six dailies used altogether 653 anonymous sources. 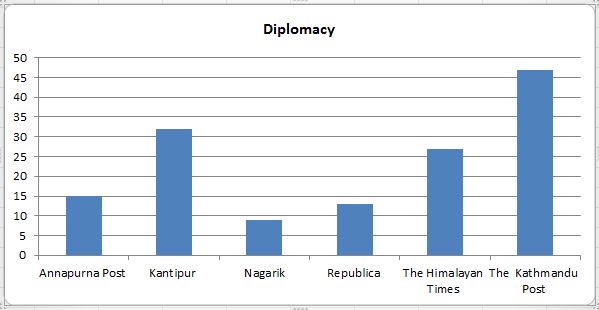 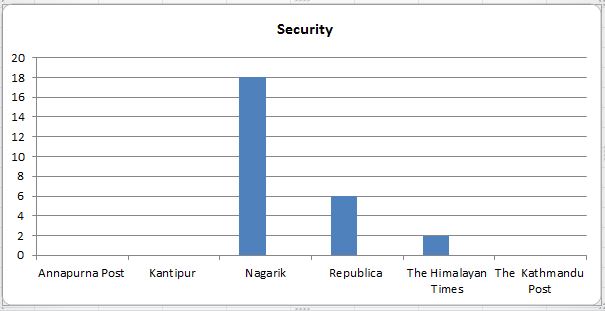 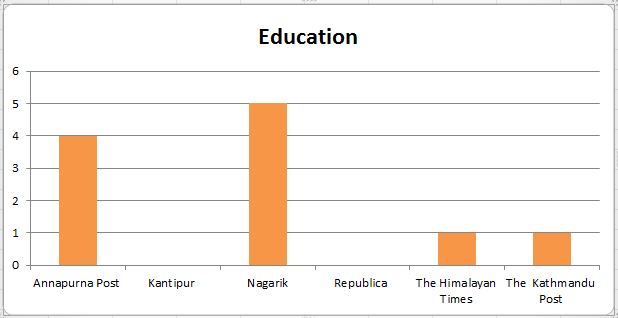 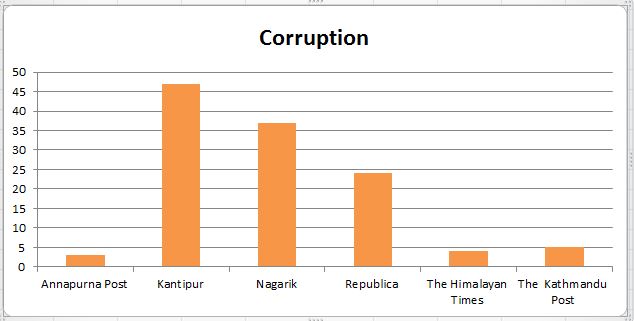 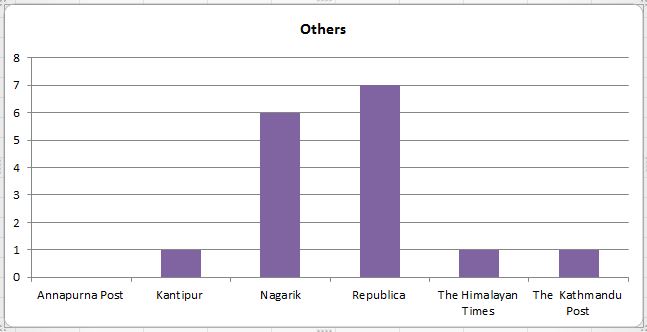 For example, a report headlined “Swiss pilot’s license revoked over safety” published in an English-language daily stated the following:

“According to source, Segessenmann [pilot Jung Segessenmann] had received a flying license from CAAN at the recommendation of Manang Air back in March and he had been flying a Manang air Helicopter.  His breach of safety rules occurred during a flight from Kathmandu to Rasunga, Gulmi. ”

“The weather was bad. An investigation was initiated following a complaint that the instructor pilot had taken the helicopter deep inside the clouds,” said a CAAN source.

“Helicopters are supposed to be flown without entering the clouds. This is a mandatory flight safety rule,” said a senior CAAN official.

Similarly, another report headlined “Govt to monitor foreigners” published in an English-language daily stated the following:

“An immigration security officer told that detailed information of foreigners will be gathered by Crime Control Information Mechanism.”