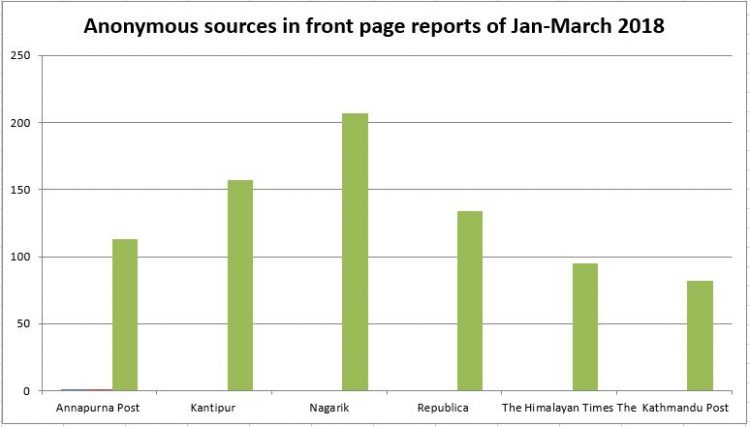 South Asia Check tracks the use of anonymous sources in the news reports published on the front pages of six leading national dailies of Nepal — Nagarik, Kantipur, Annapurna Post, The Kathmandu Post, Republica and The Himalayan Times. While the first three are Nepali language newspapers, the last three publish in English.

During the three months, the front page reports of the six dailies used altogether 788 anonymous sources. 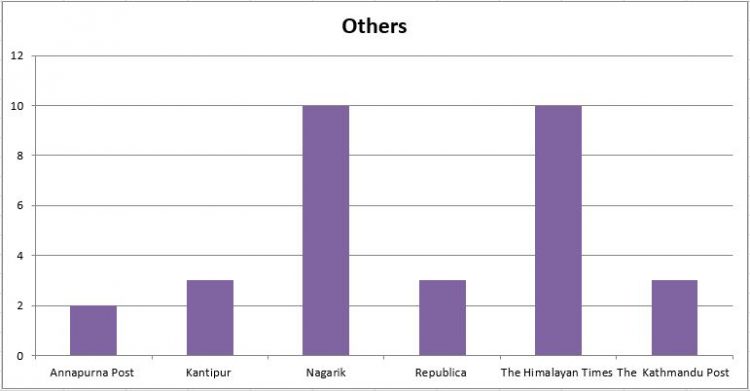 For example, a report headlined “Federal parliament begins its five-year journey” published in a Nepali-language daily stated the following:

“Now that the new regulations [regarding the functioning of federal parliament] have been introduced, if the government starts bringing bills in parliament one by one, and the parliament, after necessary deliberations, passes the bills into law, then the country will achieve prosperity in the near future,” an official at Parliamentarian Secretariat said.

Another report headlined “Efforts will be made to energize SAARC” published in a Nepali-language daily stated the following:

“Another participant said that security [security of citizens of each other’s countries], direct flight, bilateral trade, cooperation in the field of culture, and people-to-people relations between two countries, were also discussed during the meeting.”

Similarly, another report headlined “Viral fever claims nine, including five children in a week” published in an English-language daily stated the following: