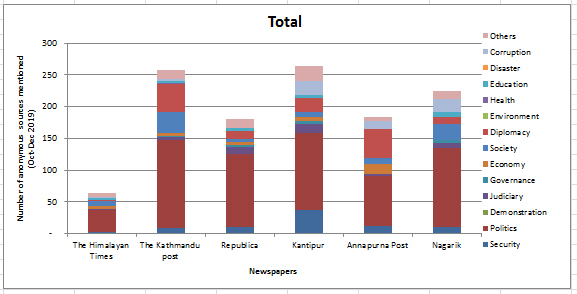 During the three months, the front page reports of the six dailies used altogether 1,174 anonymous sources. 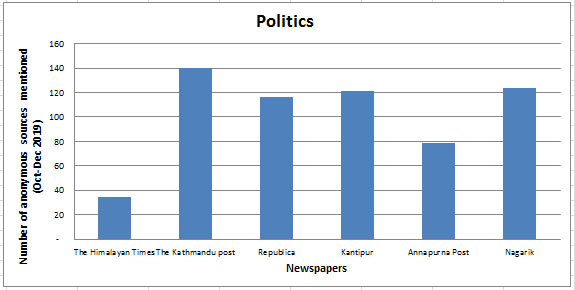 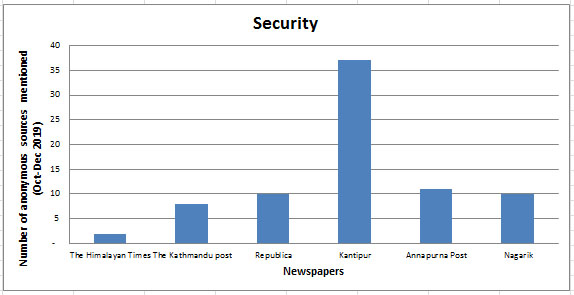 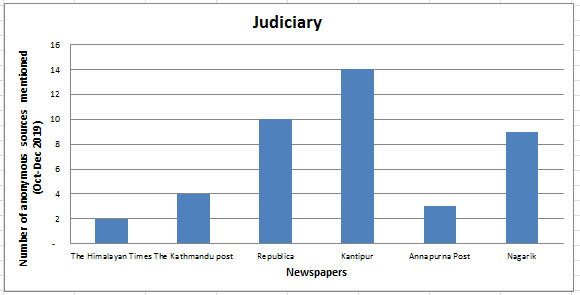 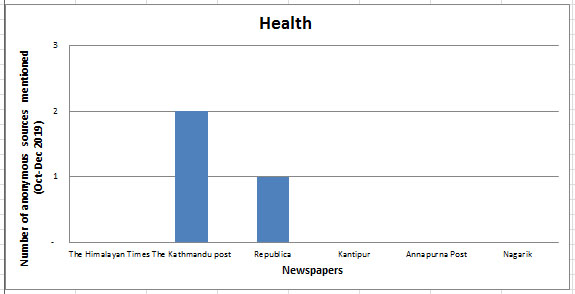 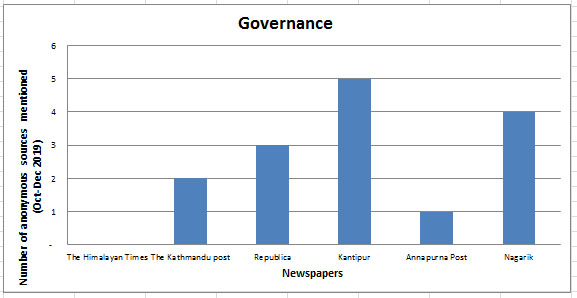 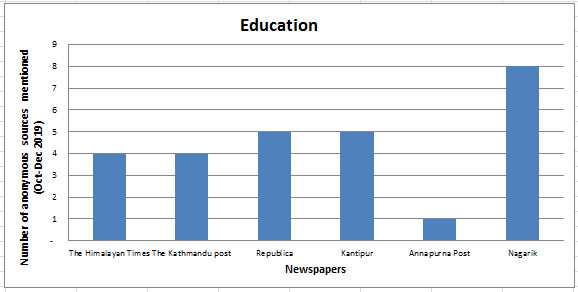 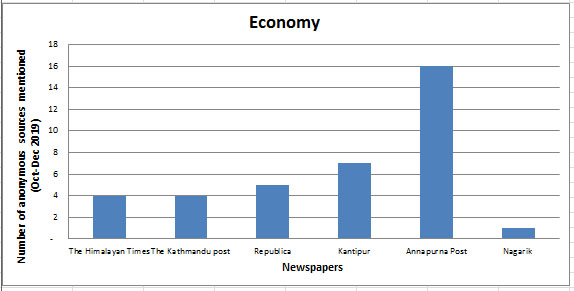 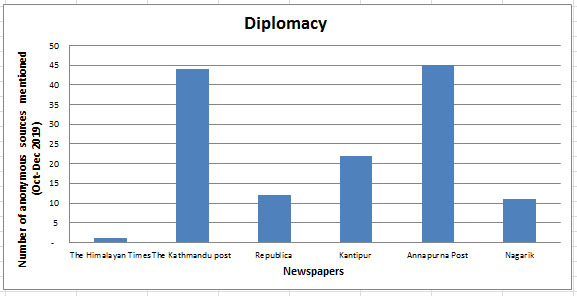 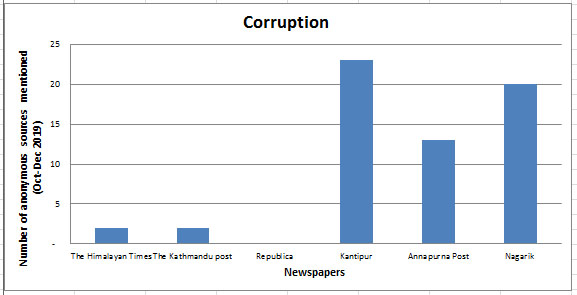 For example, a story headlined “Breaking the gender binary is not easy, even in census” published in an English-language daily stated the following:

“We had included an additional category “others”, besides male and female, in the last census. However, their number was limited to only around 1,500”, says an official at the CBS, adding that the CBS did not publish the number assuming that their numbers could have been under reported.

In another Nepali daily a story headlined “House and land prices falling” stated:

“There is growing tendency of taking industrial loan and investing in the real estate” said an official of Finance Ministry.