Housing assistance for quake victims: Given in word not in deed 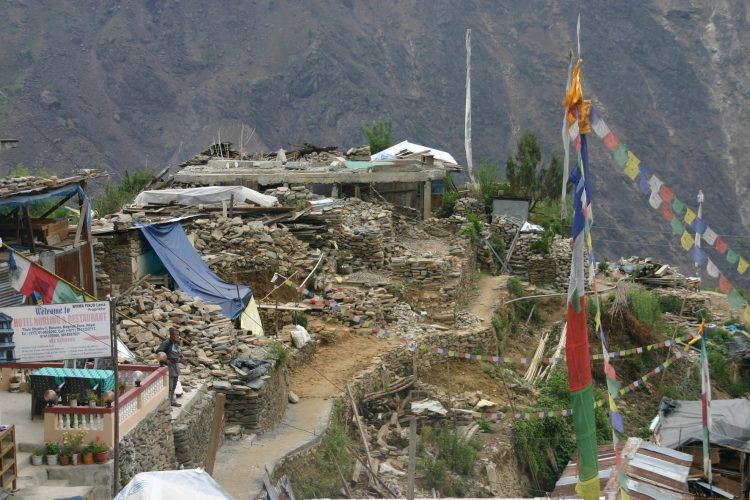 Nepal government had announced cash grant and concessional loan for the victims of the 2015 earthquakes to rebuild their homes. In 2016, the government revised the initially announced grant of Rs 200,000 upward to Rs 300,000 and on January 24, 2018, the current government announced additional Rs 100,000 thus taking the total grant to Rs 400,000.

The grants distribution process however has remained sluggish.

According to the National Reconstruction Authority (NRA), the government agency overseeing the recovery and reconstruction, the households eligible for the grant are provided the grant in three installments. The first tranche, 25 percent of the grant households get after agreement with the Village Development Committee/Municipality (current rural municipality/municipality) to build a safe house (earthquake resilient house) or approval of a blueprint of the house by relevant authorities. After verification by technicians of completion of foundation level and up to the plinth construction, they get 40 percent and by the time of roof construction they get the remaining 35 percent.

According to the NRA, no agreement has been signed with 10 percent eligible households yet. On the other hand, 2 percent of the victims who have already signed the grant agreement have yet to receive the first tranche of the grant. And only 21 percent have received the second tranche. And only five percent of the total eligible victims have received the full amount of grant.

NRA spokesman Yam Lal Bhusal claimed that 10 percent eligible victim families have yet to sign the grant agreements for four reasons. Firstly, the government’s resettlement program for those victims living in vulnerable geography is under way. The government has been encouraging earthquake victims to migrate if they own land in safer places elsewhere. And for those victims who do not own land in safer places, the government has announced an additional Rs 200,000 to purchase land. The second reason, according to Bhusal, is that some beneficiaries are out of the country. Thirdly, disputes over the division of ancestral property have delayed the agreement process. And fourthly, some eligible beneficiaries have not shown any interest in the grant. 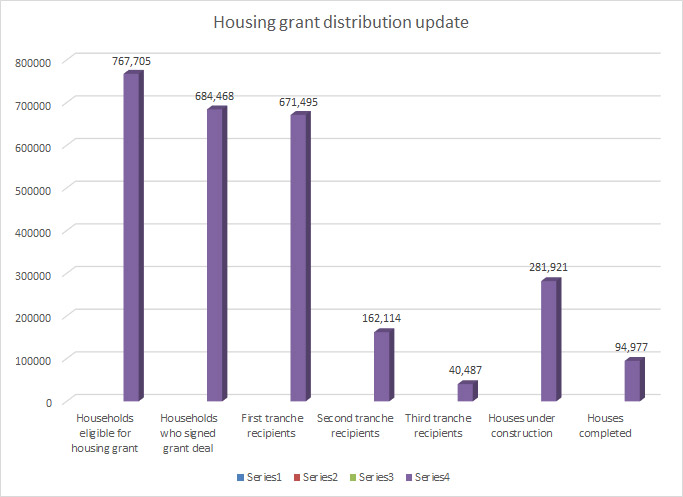 Likewise, the budget for the fiscal year 2016/17 has said that the earthquake victims will be provided interest-free loan of up to Rs 300,000. However, the working procedures for this loan were endorsed by the government only on May 12, 2017. However, no single household has benefited from this scheme so far. NRA spokesman Bhusal says, “NRA and financial institutions are currently discussing the issues of guarantee, collateral and how can the government pay the banks the interest on the loans issued by the banks.”The government had also announced concessional loans for the earthquake victims to help them rebuild their homes. According to the budget for the fiscal year 2015/2016, the affected households wishing to reconstruct their houses can get loans at 2 percent interest from banks and financial institutions after fulfilling ‘simple procedures’ prescribed by the Nepal Rastra Bank (NRB). Under the special housing loan scheme, victims inside the Kathmandu Valley can get upto Rs 2.5 million and those outside the Valley can get up to Rs 1.5 million. NRB spokesman Narayan Prasad Paudel said over 600 people have received a total of Rs 1.27 billion under this scheme.