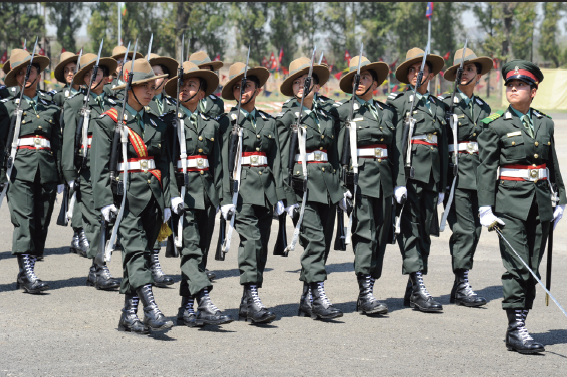 CPN-UML General Secretary Ishwar Pokharel made the following claim during an interview on ‘STV Chat’ aired on Sagarmatha TV on February 18, 2017:

South Asia Check has examined whether Pokharel’s claim is correct or not.

But at the time of the creation of the battalion, the Nepali Congress party was leading the government and Nepali Congress President Girija Prasad Koirala was the prime minister and defense minister.