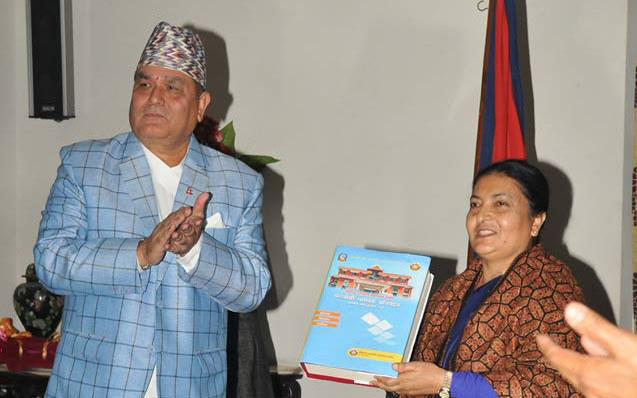 The summary of the 25th Annual Report prepared by the Commission for the Investigation of Abuse of Authority (CIAA) and submitted to the President on February 4 has mentioned that agriculture provides employment to more than 80 percent of the people in Nepal.

South Asia Check studied the report prepared by the Ministry of Finance and the Ministry of Agricultural Development to see whether this claim of the CIAA’s report is fact-based or not.

According to the Ministry of Agricultural Development, agriculture provides employment to 66 percent of the population of Nepal.

Similarly, the Economic Survey 2071/72 prepared by the Ministry of Finance has stated that about two-thirds (around 66 percent) of the Nepali population is dependent on agriculture.

Therefore, CIAA’s claim that agriculture provides employment to over 80 percent of the population is an exaggeration.

Also, the CIAA report mentions that the contribution of agricultural sector in the Gross National Product (GDP) [sic] has been around 35 percent.

The contribution of different sectors in the economy is generally reflected in Gross Domestic Product (GDP) figures. But the English version of the CIAA report has mentioned Gross National Product and abbreviated it as GDP in parentheses.

Assuming it to be GDP, South Asia Check again studied the reports prepared by Ministry of Finance and Ministry of Agricultural Development.

Thus, this second figure mentioned in the CIAA report is also a slight exaggeration.