Who should be credited for introducing health insurance program in Nepal? 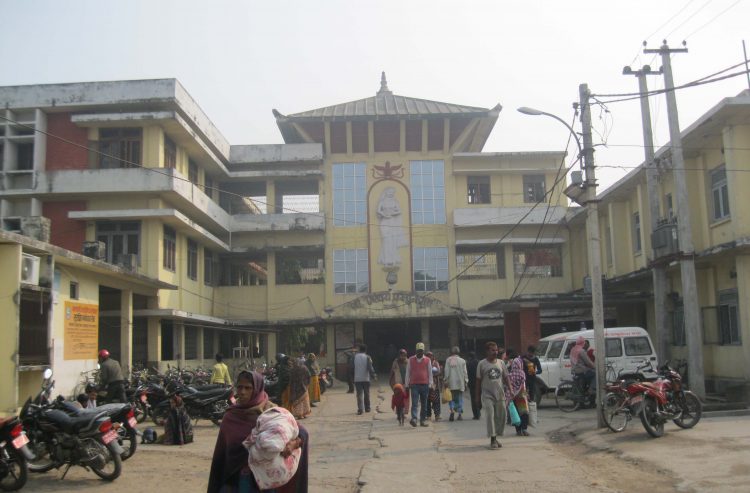 In the “Tamasoma Jyotirgamaya” program aired on Kathmandu-based AP1 television on August 20, Prime Minister KP Oli claimed that his party, the then CPN-UML, had introduced the health insurance program in Nepal.

After the interviewer insisted that the health insurance program was introduced in some places as pilot project when Thapa was the health minister, Prime Minster Oli questioned again, “Are you sure about your claim?”

“How can I say something without being sure?” replied the interviewer.

The prime minister then said, “That’s wrong …we introduced the program when Khagaraj Adhikari was the health minister.”

South Asia Check has studied the history of the health insurance program in Nepal and the progress made so far.

CPN-UML’s Khagaraj Adhikari was health minister of the government led by Prime Minister Sushil Koirala between February 2014 and October 2015. According to the annual report of the fiscal year 2015/16 published by the government’s Social Health Security Development Committee, Koirala-led government issued the Social Health Security Development Committee (Formation) Order 2014. The order paved the way for implementing the health insurance program.

As per the very plan, the health insurance program was to be expanded to 22 more districts in the fiscal year 2016/17. In accordance with the plan, then finance minister in the KP Oli-led government, Bishnu Paudel, allocated Rs 2.5 billion to run program in the 25 districts [see point number 240 of his 2016/17 budget speech].

Later the Dahal-led government was replaced by a new government led by Nepali Congress President Sher Bahadur Deuba. This time, then CPN (Maoist Center) leader Giriraj Mani Pokhrel became health minister. When Pokhrel was the health minister, the parliament endorsed the Health Insurance Act, 2017, which states that “all Nepali citizens must participate in the health insurance program” [see point number 3(1)].

Although important decisions were made to advance the health insurance program when Khagaraj Adhikari was health minister, health insurance program was not a new idea in Nepal as various governments had discussed and implemented the program in small scale. In the report titled “Review of Community-based Health Insurance Initiatives in Nepal“, the then director of the Department of Health Service Ananda Kumar Shrestha has mentioned that “at the implementation level, the Ministry of Health and Population has been piloting community-based health insurance schemes since 2003/04”. According to the same report, the prime minister’s office had issued a directive to the Ministry of Health and Population in January 2012 to formulate and implement a “health insurance policy for all Nepalis”. When the directive was issued, the then Maoist leader Baburam Bhattarai [coordinator of the present-day Naya Shakti Nepal] was the prime minister.

‘Red mercury’ claims on social media just a hoax Con artists in several countries have used this dubious substance to swindle unsuspecting public. Read More
Purported government text message about snap curfew was a hoax In the wee hours of October 19, the cell phones of many Nepalis beeped with WhatsApp and SMS text messages about a curfew notice. It was a hoax. Read More
Some claims in Putin memes circulating in Nepal are false At least two memes are circulating on social media in Nepal praising Russian President Putin for granting audience to a visually-impaired teenager. Some of the claims made in the memes are false. Read More