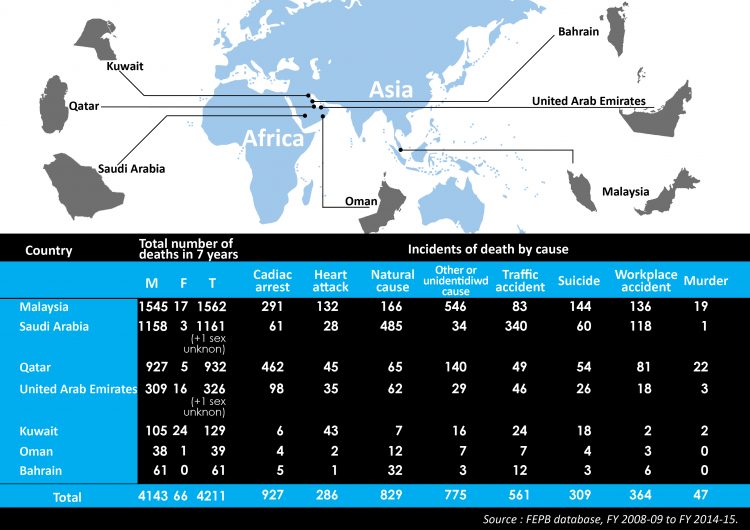 “Every day, around 4-5 bodies [of Nepali migrant workers] arrive home in coffins”

According to a report by the International Labor Organization (ILO), 1004 Nepali migrant workers died in different countries in the fiscal year 2014/15. This means the daily average death rate is less than three.