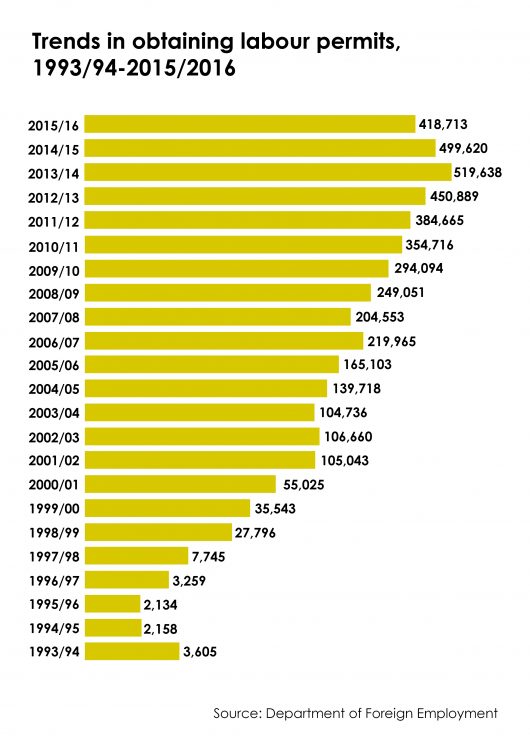 South Asia Check has examined whether Thapa’s following two statements are fact-based or not:

First Statement: In 2006, around 100,000 Nepali youths used to go abroad for foreign employment per year.

First Statement: In 2006, around 100,000 Nepali youths used to leave the country for foreign employment per year.

According to the Department of Foreign Employment, 204,553 Nepali left the country for foreign employment in 2006 (Governing Labor Migration in Nepal, Bandita Sijapati and Amrita Limbu, pg 15, Himal Books, Kathmandu).

The government does not maintain statistics of Nepali youths going to India for employment purpose and so the aforementioned figure does not include Nepali labor migration to India.

According to the Department of Labor and Employment, 418,713 Nepali left the country as migrant workers in 2015/16 (Labor and Migration Bulletin, Editorial, No. 12). Massive earthquakes hit Nepal that year, which led to decline in labor migration from Nepal. The current fiscal year is still running so the annual statistics has yet to come.