Nepali Congress has made false claims in election manifesto 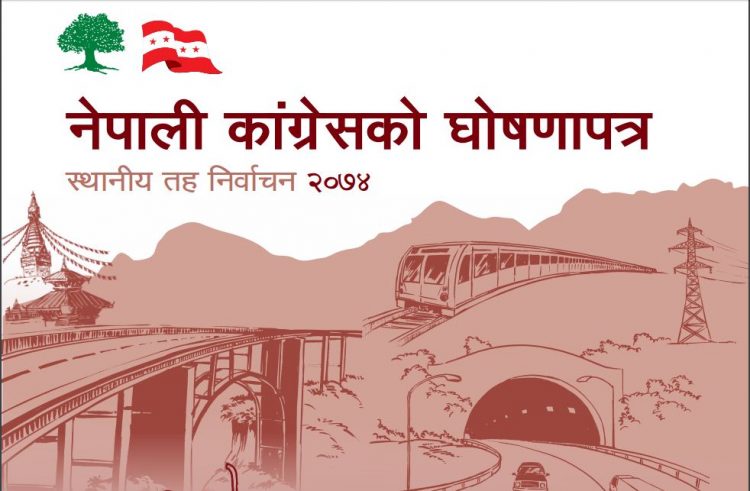 In the local election manifesto unveiled in the last week of April, Nepali Congress (NC) has claimed that the country has achieved impressive improvements across various social, economic and health indicators due to policy reforms undertaken by the party over the last 25 years.

South Asia Check has examined whether the improvements in various indicators claimed by the NC in the manifesto are fact-based or not.

The election manifesto does not have facts to prove the linkage between the policy initiatives/reforms launched by the NC and corresponding improvements in the social/economic/health indicators during the last 25 years. Furthermore, we have also examined whether the improvements in indicators mentioned in the manifesto were based on facts or not.

The manifesto claims that the contribution of foreign grants and loans to the annual budget has decreased from 36% in 2048 BS to 14% in 2073 BS. The following was the plan for financing last year’s budget:

Therefore the claim that the contribution of foreign loans and grants to the budget has come down to 14% is false.

Likewise, the party’s manifesto has put the number of banks and financial institutions operating in the country at 117, but according to the Nepal Rastra Bank, the central bank, the total number of banks and financial institutions across the country stands at 219. Of this, 28 fall in A category, 57 in B category, 36 in C category, and the remaining 48 in D category in and the remaining 50 include savings and credit cooperatives, non-governmental organizations and other institutions.

Therefore, the maternal mortality rate mentioned in the manifesto both for 2048 BS and 2073 BS are not correct.