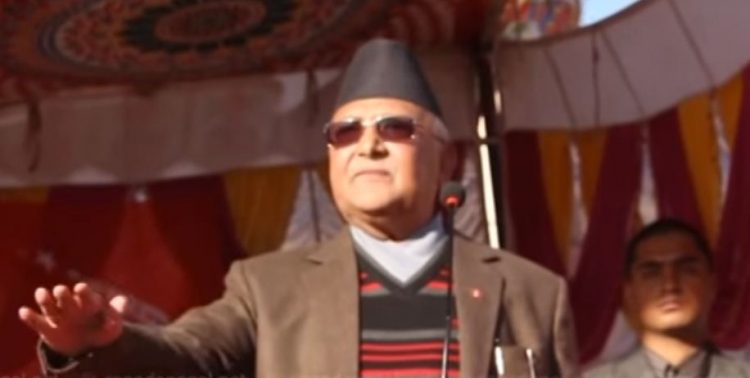 Nepal had not seen any election until 1959. Therefore, election of a woman to parliament in 1951 is out of question.

The woman suggested by Chairman Oli is Dwarika Devi Thakurani. But she was elected to parliament in Nepal’s first election in February, 1959 from the Nepali Congress party.

And she was elected from Dadeldhura district, not from Kathmandu.

After her election, she was appointed as deputy minister at the Ministry of Health and Local Self-Governance. She became the first woman parliamentarian and minister of Nepal. (Bhuwan Lal Joshi and Leo E Rose, Democratic Innovations in Nepal: A Case Study of Political Acculturation)

Women in the USA got voting right in 1920, which is 45 years earlier than claimed by Oli.

PM’s suggestion of salt water gargle as home remedy for Covid is misleading The prime minister also said some people had earlier made fun of him for suggesting salt water gargle as a home remedy for Covid-19. Read More
Old photo photoshopped to show Indian flag in February 10 demonstration We found that the original photo, which does not contain the Indian flag, was published almost a month and a half ago by the Nepali-language daily Annapurna Post on its website. Read More
PM made four false claims in two recent speeches In his recent speeches, the prime minister has been repeating some claims that have already been debunked by fact-checkers. Read More