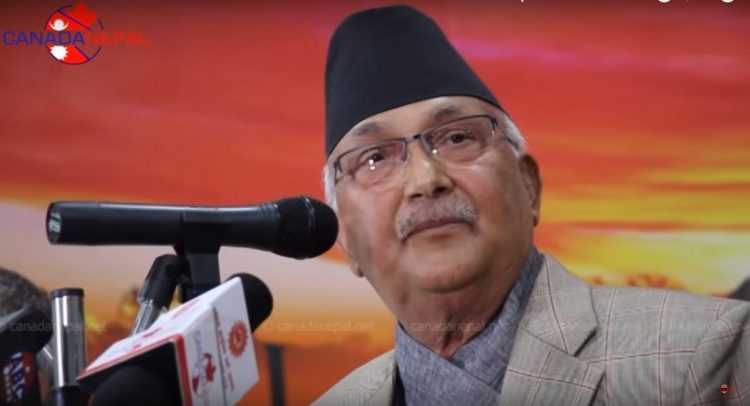 After the KP Oli-led government banned all kinds of protests at several places in Kathmandu city including the Maitighar Mandala, the main opposition, Nepali Congress, has condemned the government’s move saying it will deprive people of their right to protest.

On July 6, the prime minister wrote the following on twitter criticizing the opposition party:

“The same people who would open fire at us saying that bullets have no eyes, and killed 122 people during peaceful demonstrations over a period of three years, are now peddling authoritarianism. We will pay heed to the criticisms and work to end disorder in the country. No country allows protests on every street corner.”

Here, Prime Minister Oli is hinting toward the force used to control opposition protests including those organized by then CPN-UML by Nepali Congress leader Girija Prasad Koirala-led government, which was formed on May 1991.

After the formation of the Koirala-led government, CPN-UML and other opposition parties launched protests against the government to press various demands. The signing of memorandum of understanding on Tanakpur barrage project with India by the Koirala government and the death of CPN-UML General Secretary Madan Bhandari in a mysterious road accident sparked the protests in which altogether 36 people were killed in police firing. (John Whelpton, A History of Nepal, 2007, Pg 189-90, Cambridge University Press, UK)

Study of the annual reports published by the Informal Sector Service Center (Insec) and newspapers published during that period show that around 60 people had died from police bullets during the protests.

This shows that Oli’s claim is an exaggeration.

One year ago when Oli’s party was in opposition, he had leveled the same charge against the then ruling party Nepali Congress.