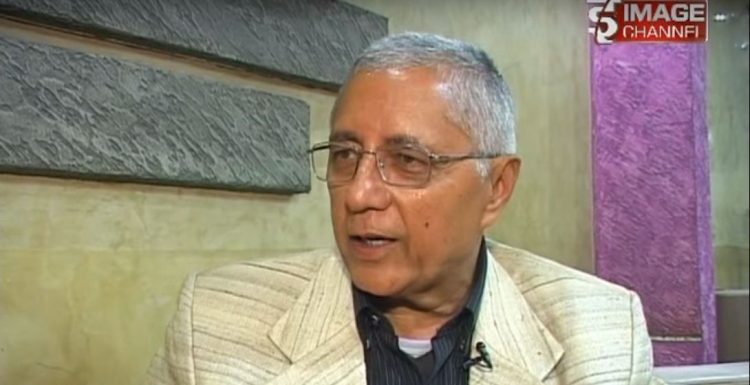 “Where were those radicals who are now shouting hoarse for Lokman [Singh Karki] impeachment when he was being appointed? When Lokman was appointed, I was the only person who said that he should not be made CIAA chief under any circumstances. Both in the Nepali Congress and Nepali politics, I was the only person opposing Lokman. I pleaded with the leaders of my own party that appointing someone who has lost legal and practical standing in a prestigious post like the chief of the CIAA [Commission for the Investigation of Abuse of Authority] will cast a shadow over the thrust and spirit of the constitution, but they did not listen.”

In order to verify Koirala’s claim, South Asia Check studied a few reports published in Kantipur daily before and after Karki’s appointment.

As Koirala has claimed that he was the only politician opposing the appointment, we do not discuss opposition to the appointment from sectors other than politics.

Around the last week of Falgun 2069 [first week of March 2013], the major political parties had reached an agreement to form a government under the then chief justice Khil Raj Regmi to oversee constituent assembly elections. As per the agreement, Regmi was appointed chairman of the council of ministers on March 14, 2013.

The next day, UCPN (Maoist) Vice-chairman Narayan Kaji Shrestha protested against the committee’s decision to appoint Karki as CIAA chief.

Some Nepali Congress leaders who were unhappy with the decision to recommend Karki for CIAA chief held a separate meeting to protest the decision. Leaders including Gopalman Shrestha, Sujata Koirala, Shekhar Koirala, Gagan Thapa and Dhanraj Gurung were present at the meeting.

The next day, Nepali Congress leaders including Shekhar Koirala, Purna Bahadur Khadka, Gopalman Shrestha, Bal Bahadur KC, Chandra Bhandari and Gagan Thapa among others met Nepali Congress President Sushil Koirala and asked him not to appoint Karki as CIAA chief. According to reports, party president Koirala preferred to remain silent on the issue.

A few days after this, the politburo of the CPN-UML decided against the committee’s decision to recommend Karki for CIAA chief. Also, an alliance of 33 small political parties criticized the recommendation.

Following the decision of his party’s politburo, CPN-UML Chairman Jhalanath Khanal said that Karki should under no circumstances be appointed as CIAA chief.

Khanal was also in the high-level political committee, which had recommended Karki for the post of CIAA chief. Defending himself, Khanal had said, “As it was a proposal brought by the three parties, I agreed just for the sake of agreement.”

A day after making the statement, Khanal said that the issue should be left alone.

Another leader of the CPN-UML, KP Oli, said that he would not go after anyone in a personal way.

Meanwhile, a meeting of the Constitutional Council recommended the president [Ram Baran Yadav] to appoint Karki as CIAA chief. A few hours before the council’s meeting, NC President Sushil Koirala had said that he would make sure that Karki would not be appointed to the post of CIAA chief.

The next day, the CPN-UML presented a memorandum to the president requesting him not to uphold Karki’s appointment. Those in the team that submitted memorandum to the president included CPN-UML General Secretary Shankar Pokharel and leaders Amrit Bohara, Subas Nembang, Yuvaraj Gyawali, Astalaxmi Shakya, Mukunda Neupane, Bishnu Rimal, Pradeep Gyawali, Ghanashyam Bhushal, Binda Pandey, Agni Kharel and Bhanubhakta Dhakal among others.

On May 7, 2014, Nepali Congress President Sushil Koirala called for rectification of the recommendation of the Constitutional Council. CPN-UML’s Madhav Nepal said the council should withdraw its recommendation to the president to appoint Karki as CIAA chief.

But on May 8, Karki was appointed to the post. CPN-UML objected but other major parties remained silent.

On the basis of this information, it can be said that Shekhar Koirala was right to claim that he protested against Karki’s appointment. But his claim that he was the only person both in the Nepali Congress and Nepali politics opposing Lokman when he was being appointed to CIAA chief is incorrect.