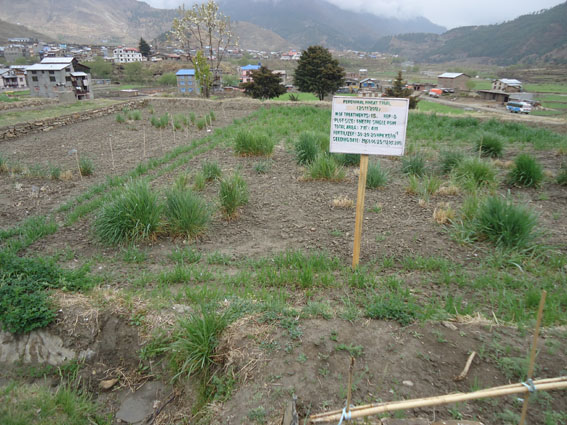 The government-run Nepal Agricultural Research Council (NARC) has been grappling with perennial shortage of manpower. While the government-sanctioned positions are already insufficient, many of these positions are lying vacant. Specialists are lacking and they are not sent where they ought to be.

When NARC was established in 1991, the government had approved a total of 2,018 positions for its 53 offices across the country. But now the number of offices has reached 62 while the approved staff positions have shrunk to 1,823.

Similarly, there are 32 sanctioned positions for senior scientists of fifth level, but 20 of these positions are vacant. NARC was established with the objective of conducting research on agriculture, producing source seeds/saplings, improved breed production, invention of technology for modernization and commercialization of the agricultural sector, conducting trainings and publishing related updates. 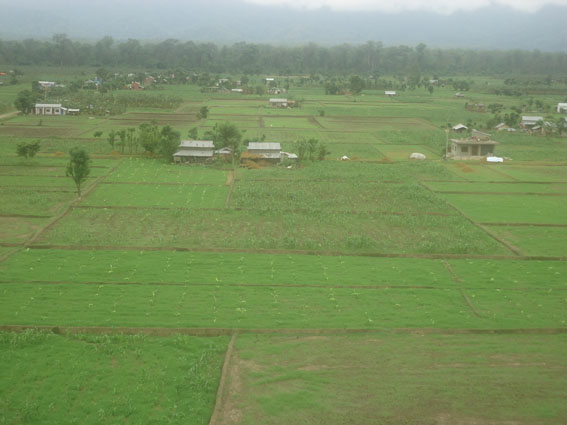 A banana farm in Padampur, Chitwan pictured in 2014.       Photo: SouthAsiaCheck

Shortage of scientists and technicians has badly hampered NARC’s research activities. “It takes joint efforts by the plant breeders, pedologists, pathologists and technicians for any research work to be successful. Absence of expert of even one sector affects the whole research,” said plant division head Dr Anand Kumar Gautam. According to Gautam currently NARC is producing hybrid seeds and improved seedlings in an interval of 2-3 years. If there was enough human resources the invention could be narrowed down.

Information Officer Baburam Paudel said, “In agriculture research, new areas of study are emerging every year, but NARC has not been able to create new positions as required. In areas like fisheries, biotech and plant breeding the approved positions are fewer than needed. And the areas lacking in research lag behind. Currently, research on cotton and jute have been fewer and as a result their productivity have been falling.”

Horticulture expert Krishna Prasad Paudel, who had also worked as a member of NARC’s staff appointment committee, said: “Excessive political interference in the appointment, promotion and transfer of staff has brought serious problems at NARC. Staffers are transferred not on need basis for to suit their convenience.”

“For example a pomologist (fruit expert) has been appointed as the chief of Ginger Research Center at Kapurkot in Salyan.”

The tables below show the manpower situation at NARC: