Saying one thing doing another 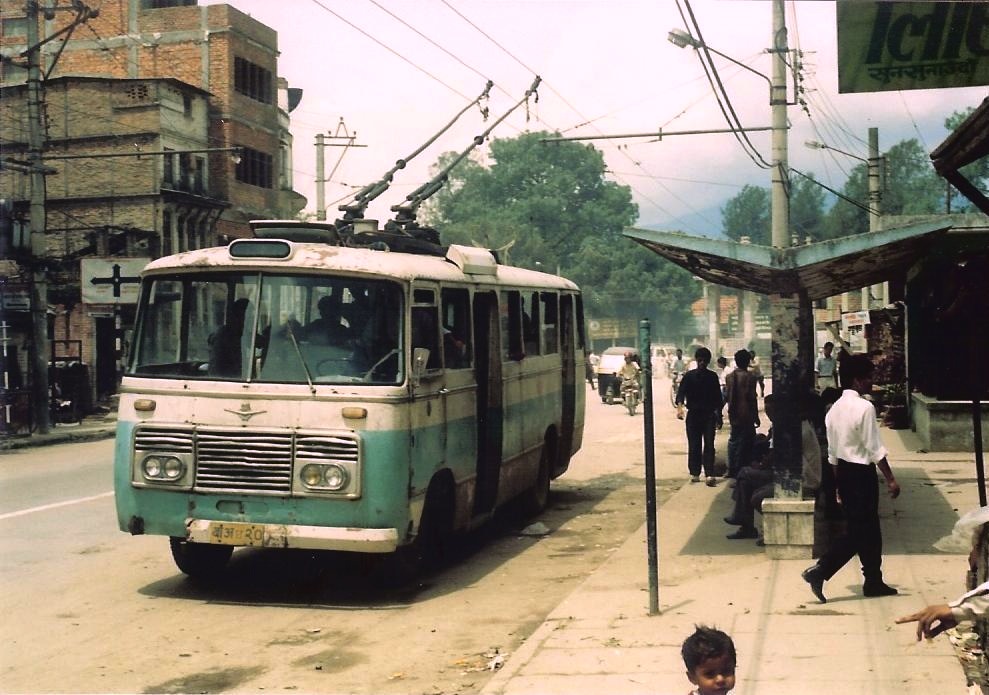 A trolleybus waits at a bus stop at Tripureshwar in the picture taken in 1993.

Following an unofficial blockade of supplies mainly fuel by India since last month, various options are being suggested for resolving the fuel crisis. But once the fuel crisis eases and the pressure on public transport lessens and cooking gas becomes easily available, these suggestions and options might be forgotten soon, in the same way as the alternatives thought up during the 1989 blockade were.

In its attempt to minimize the impact of the Indian blockade 27 years ago, the government had formulated Economic Policy-2046 BS. The policy stated thus: Various sources will be explored for petroleum products and supply will be derived from more than one sources.

But 12/13 years after the adoption of the policy, the government in 2002 signed an agreement to purchase petroleum products only from the Indian Oil Corporation. The agreement will remain in force till March 2017. In other words, while implementing the policy of purchasing fuel from multiple sources, Nepal signed agreement to purchase from a single supplier.

Another promise made in the economic policy was to exploit the full potential of the ropeway, expand the trolleybus service and set up an electric railway service in order to gradually reduce the use of imported fuel.

But just the opposite happened in the process of implementing the policy: the ropeway service was shut, trolley bus service was stopped and electric railway was never set up.

Nepal had a relatively long history of ropeway. Rana prime minister Chandra Shumshere in 1927 had established a 22-km ropeway service starting from Dhursing to Matatirtha. This ropeway had the capacity to transport eight tons of goods per hour. Ropeway would not need imported fossil fuel and it would have no effect of an Indian blockade.

During the Panchayat era, this ropeway was expanded to 44 km to link Kathmandu with Hetauda, and the capacity was tripled to 25 tons. It was the cheapest means for transporting goods – cheaper than trucks. The US had supported the expansion work.

And in the process of implementing the policy of exploiting the full potential of ropeway, the ropeway service was shut down.

In 1975, with support from China, a trolleybus service extending from Tripureshwar to Suryavinayak was started. It would carry 20,000 passengers per day. It would not need imported fuel and it would not cause environmental pollution. But in December 2001, the government shut down the trolley bus service as well.

But, before shutting down the trolley bus service, the government did the following things:

In the process of implementing the government decision of expanding the trolleybus service, the operational service was shut down.

Later in 2003, attempts were made to revive the service by operating it along three-kilometer Thapathali-Tripureshwar route, but this did not last long.

What could have led the government to take such actions?

One reason could be that the government could earn money. In the fiscal year 2012/13, it earned Rs 22 billion in taxes from petroleum products.

By stopping the use of technologies that use local resources, imports of foreign fuel have been increasing and so have the profits for the government. 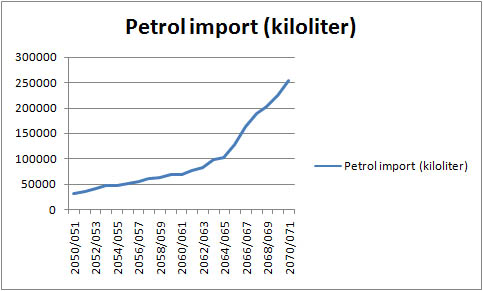 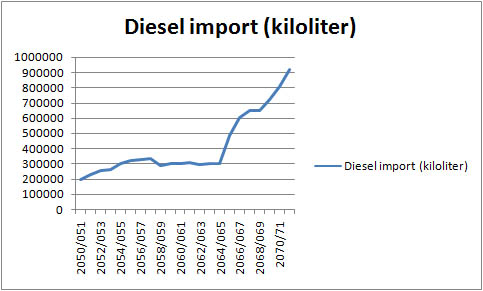 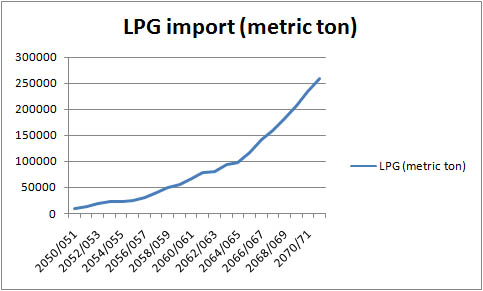