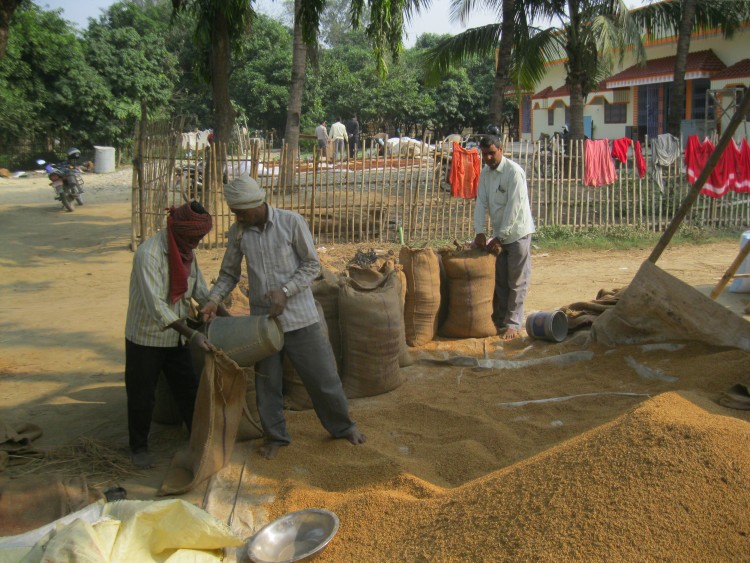 Over the past few years, media reports have been stating that Nepal’s rice import has been increasing. But there was a time when Nepal used to export rice.

In these companies, the government and cooperatives had 51 percent stake while the remaining 49 percent stake was held by businessmen, mill owners and farmers.

Several news reports and articles published in Gorkhapatra between 1974 and 1975 mentioned that the agriculture sector’s share in the total national export was 65 percent with rice being the major export commodity. Since rice dominated the export basket, the government set up these companies to facilitate export.

Rice comprised 40 percent of Nepal’s total exports (Nepal’s Rice Exports, Ramesh Munkarmi, Gorkhapatra Daily, December 15, 1974). In the article, the writer has recommended that Nepal needs to explore market for its rice in order to balance its imports and exports.

On August 23, 1975, a year after their establishment, the rice import-export companies’ progress report was as follows. These companies exported rice mainly to India. 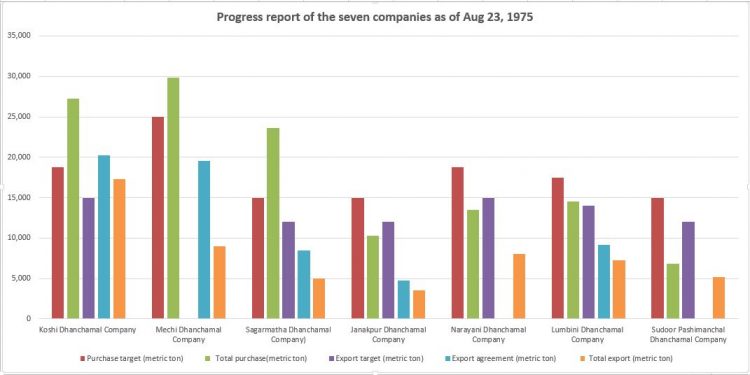